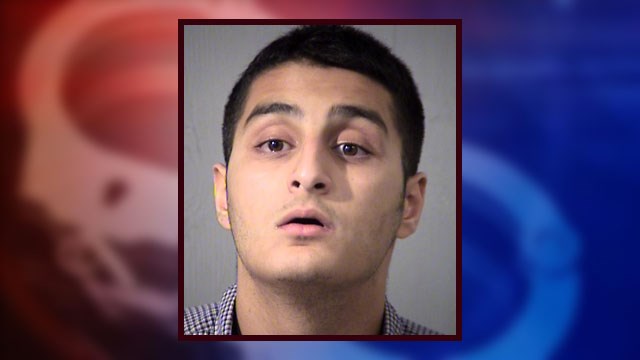 PHOENIX -- A Tucson man has been arrested for threatening to commit acts of terrorism on Arizona government buildings.

A spokeswoman for the Arizona Attorney General's Office said Mahin Khan appeared before a Phoenix judge Saturday morning. He was ordered held without bond in Maricopa County Jail.

CBS affiliate KPHO reported Khan, who just turned 18, was arrested at his home in Tucson on Friday.

Spokeswoman Mia Garcia told CBS News Khan faces two counts of conspiracy to commit terrorism and terrorism. He is accused of conspiring to carry out terrorism acts on government buildings in Phoenix and Tucson.

Garcia declined to give further details, saying Khan's court records are currently sealed. She said no additional suspects were being sought.

"The Arizona Attorney General's Office is working closely with federal authorities to keep Arizonans safe," Garcia told KPHO. "We are not aware of any threats Khan made that involve the 4th of July holiday weekend."

"The FBI believes there is no specific and credible threat information about possible attacks in the U.S. as we enter the July 4th holiday," Jill McCabe, a public affairs specialist for the FBI in Phoenix, told CBS News in a statement.

Garcia did not know if Khan had retained an attorney. A message left at a phone number listed for Khan was not immediately returned.