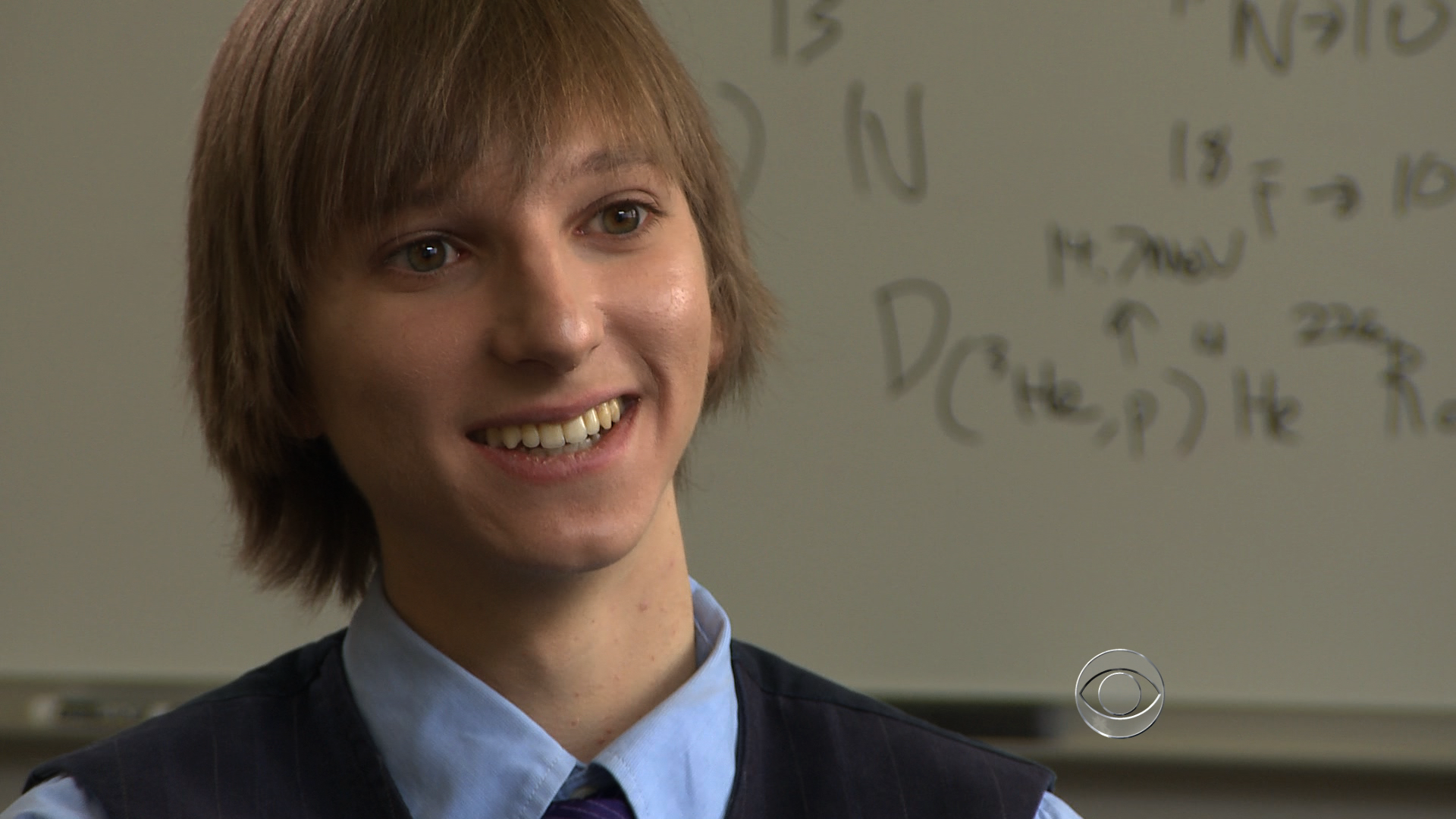 (CBS News) - Seventeen-year-old Taylor Wilson is like most high school boys. He can only think about one thing. But, the one thing that he's obsessed about isn't what you think it is: It's radioactive rocks.

"When I hold something that's radioactive, it's kind of an indescribable feeling. It's kind of like when I'm with my girlfriend," he told CBS News.

It may sound scary for a teenager to be handling radiation, but the levels are safe. There's never been any reason for concern, until he decided to build his own reactor. CBS news correspondent Steve Hartman visited him at the site -- Taylor's own home.

The teenager explained that he was trying to produce nuclear fission -- because he thought he could. "There's nothing that's impossible to me. You can ask my parents," he said.

Taylor's dad, a Coca-Cola bottler, and his mom, a yoga instructor, said their son started reading about nuclear physics in fifth grade. A year later, he gave an hour-long science fair presentation on the subject. It soared over everyone's head.

"I have no clue what he was talking about," Ken Wilson, Taylor's father, admitted.

Still, they let him try to build a nuclear reactor in their garage.

"It sounds like we're not good parents," Ken said. "But, he's pretty much convinced us he knows what he's doing."

Taylor eventually convinced the University of Nevada, Reno physics department that he knew what he was doing as well. They let Taylor move his project into their basement. At the age of 14, Wilson became the youngest person on earth to create fusion. He unlocked the secrets that drive the sun before he could drive.

Taylor is now a senior at the Davidson Academy for Profoundly Gifted Students three years later. He could go to any college he wants, but given the fact that he taught a graduate level nuclear physics class last semester, it might be a moot point.

Instead, he's considering pursuing his next goal of keeping the world safe. Taylor recently invented a new way to scan shipping containers for nuclear material. His way could prove to be much more sensitive and far less expensive than the technology currently in use.

"Because it's incredibly cheap, it can be deployed all over the U.S. and all over the world, creating first, second and third lines of defense all over," he explained.

That's in addition to the cancer cure he's working on. And God knows what else.

"I have too many ideas for a lifetime," he said.

Flashback 1996: Man sues Pepsi for not giving him a Harrier Jet
Steve Hartman