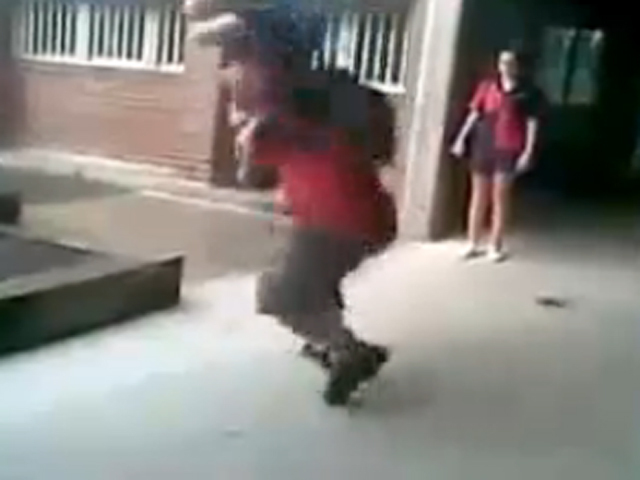 A video out of Australia has gone viral - showing 15-year-old Casey Heynes turning the tables against his alleged bully - and physically taking matters into his own hands. Since the confrontation, Casey has said he snapped, body-slamming the bully after he was simply bullied one too many times. Casey has also said, because of the bullying, he had actually contemplated suicide a year ago.

On "The Early Show" Monday, co-anchor Erica Hill said Casey has become, to many people, a hero because he stood up for himself. But was it the best way to handle the situation?

She explained to Hill, "First of all, I can completely understand how people feel themselves that they wish they could have done that to someone who bullied them or someone who is bullying them now even, as an adult. I think we all are feeling in many ways downtrodden in this society. So from that perspective, it's understandable. However, it seems to me, after so many years of being bullied, and of even being suicidal, that he should have had another option. He should have felt that the adults in his life were there for him and were able to protect him from something like that. So the fact that he snapped is not OK."

She continued, "I feel bad for him. And I worry about kids like him, who, at 17 or 18 with a gun in their hand might have an even more drastic response to someone bullying them."

Hill remarked, "He said he contemplated suicide at one point. Not that you ever want to tell somebody to beat up kids, it would seem this is a better option than taking your own life."

Bartell replied, "It's better certainly because the bully didn't end up critically injured. It may have had a very different take if this child had also been injured."

Hill mentioned that parents may not know everything their child is going through because children often feel so beat upon by bullies that they do not want to come forward and talk about what's happening.

"Exactly," Bartell said. "They feel beat upon and also kids feel embarrassed. They feel like they should be able to stand up, especially in this case to a kid who was smaller than him. Kids don't always come to you, which means that you, as a teacher, a parent, a coach, anyone who is in a child's life, has to be looking for this to be happening and it often happens very much under the radar."

So what should a parent do?

Bartell said, "You have to be looking for signs that your child is in that much distress. Signs of sadness. Signs of depression. (Is your child) doing badly in school? No one's calling you for a play-date or for a birthday party. Your child has retreated into themselves. You have to be looking for those things. And then asking questions and making sure you're finding out what's going on in every aspect of your child's life."

So what should children do if you he or she is in a situation like Casey's?

Bartell said, "A better course of action, even though it seems that this was amazing, that he was able to do this, would have been for him to walk away. Would have been for him to immediately take the power away from the bully, who was punching him in the face, and just run away, walk away, and go and find the principal, the guidance counselor, teacher and tell them what had just happened to him. Because those adults are really in a position to stop a child who is a bully, whereas he is really not. Because he is, after so many years of this, extremely downtrodden, depressed, and feeling hopeless."

Hill asked, "Is it ever worth it to a little kid to tell them about how you feel? Use your words, not your hands? Can you say that when you're older? 'I don't like the way you're bullying me'?"

"No. I don't think that's realistic," Bartell said. "That's an ideal we would like kids to be able to do that. And there are some kids who can do that in such a strong voice that the bully will push away. But in most cases, the child really, to keep himself safe and even to keep another child safe who is bullying them so that they don't explode after so many years, is really to leave the situation. And that does take the power away from the bully, because now you're not there for them to bully you anymore."