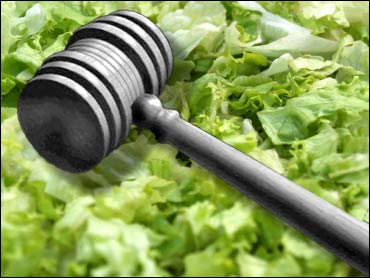 A judge has ordered a 17-year-old to pay a $750 fine and perform 120 hours of community service for contaminating salad dressing with semen and returning it to a suburban Chicago high school's cafeteria.

Sheen called the prank "beyond stupid." "If you prove to me you're worthy of another chance, in two years, then I will give it to you," Sheen said.

Castro pleaded guilty to misdemeanor disorderly conduct in connection with the Dec. 6 incident. He admitted taking a bottle of ranch salad dressing from the school cafeteria to the bathroom and ejaculating into it, and then returning it to the cafeteria where juniors and seniors eat lunch.

Students reported Castro, and the senior was expelled from Wheaton North. There were no reported cases of illness following the incident.

Castro told police he thought of the prank after watching a movie filled with crude stunts.

"I have no explanation for what I did," Castro said in court. "I felt bad after I did it."

Harry Smith, Castro's attorney, noted that the teen already had been punished, including missing the end of his senior year and humiliating himself and his family.

"It has not been without consequences," Smith said.