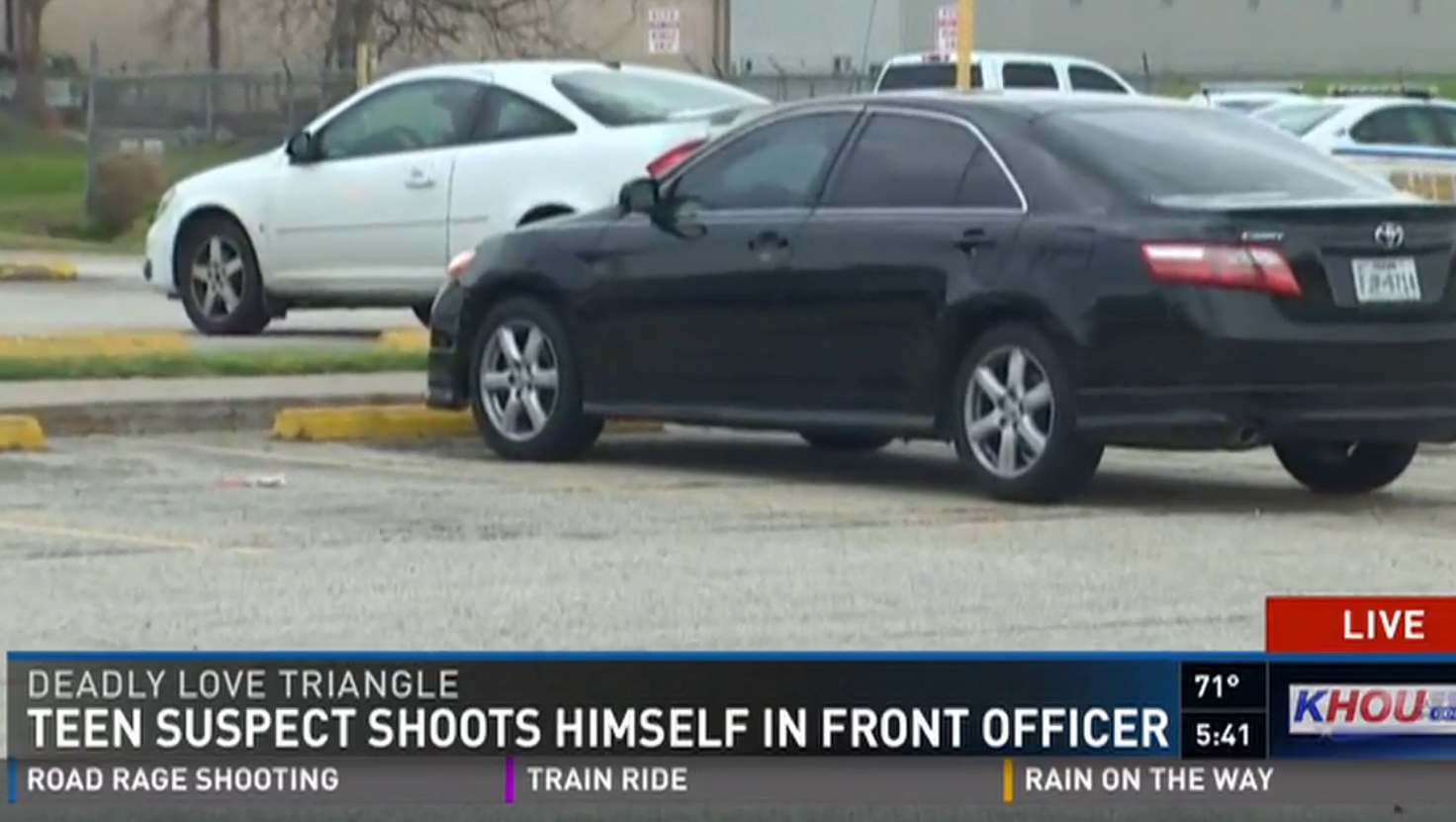 KATY, Texas -- A 17-year-old killed himself in a Houston-area sheriff's parking lot early Sunday after his mother drove him there to surrender for the fatal shooting of a 25-year-old man, authorities said Sunday.

The deaths were apparently linked to a love triangle, reports CBS affiliate KHOU.

Harris County sheriff's Sgt. Cedrick Collier said the shooting happened in front of the teenager's mother and a sheriff's sergeant. Collier said the sergeant was leaving the building just after 5 a.m. when he noticed a car parked with its headlights on and approached to see if the people inside needed help.

Collier said the woman told the sergeant that she was there to turn her son in for the shooting that happened earlier in the morning in Katy.

"His mom got out of the vehicle and stated that her son shot someone earlier that day and that he was a person of interest," Collier said.

He said the sergeant drew his weapon and asked the teen if it was true. Collier said the teen responded "yes," stepped behind the vehicle, pulled a gun and shot himself in the head. The teen was taken to a hospital, where he died.

KHOU reports the 25-year-old man and the teen had dated the same woman. The station identified the 25-year-old as James Ayala, an Army veteran and a father of five. Authorities say the teen shot Ayala just after midnight Sunday after a dispute.

Darian Mitchell, a friend of the teen, told the station he was hanging out with him Saturday night when the teen got a call from his girlfriend. The girlfriend told the teen, "I'm cheating on you right now," according to Mitchell.

"He got so mad so he kept yelling. He told her and her boyfriend to come meet us, to talk," Mitchell told the station.

He said that Ayala and the girlfriend came to his house, where he said Mitchell gunned Ayala down in his driveway.

"I don't know why he was tripping over this one girl, but it was not worth it," Mitchell told the station.

Collier said the mother talked to investigators after her son killed himself.

"She's obviously destroyed because she just witnessed her son commit suicide in front of her," he said.

The teen's name has not been released.

Collier said the sergeant did not fire his weapon, but was placed on administrative leave so he can "clear his head and make sure he's OK" before returning to work.

He said it's not known yet if the weapon used to kill the 25-year-old victim was the same one the teen used on himself.