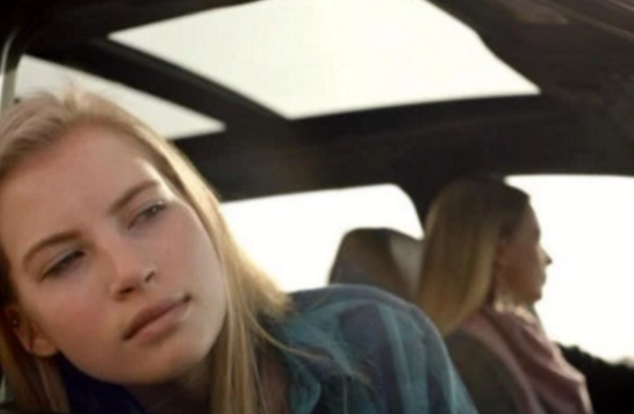 Colorado teen Peyton Linafelter recently worked out at CrossFit South Denver. As she heaved a weighty medicine ball, it was hard to believe that just a year ago, the teenager was battling a form of cancer medical experts don’t typically see in someone her age.

Peyton, now 16, may be one of the youngest women in the U.S. to develop ovarian cancer, a disease that more often strikes women four times her age, reports CBS Denver.

Peyton, who’s from Aurora, Colorado, was just 15 when she first went to the doctor with back and abdominal pain. She was initially diagnosed with cysts, but her symptoms kept getting worse.

“My stomach started expanding to the point where I looked like I was five months pregnant,” she told the station last fall. On her sixteenth birthday, Linafelter learned she had Stage IV ovarian cancer. It had spread to her lungs and all through her abdomen.

Gynecologic oncologist Dr. Saketh Guntupalli said Peyton had one of the worst cases of cancer he’s ever seen, and called her a medical mystery.

“When a 16-year-old gets it, ovarian cancer is the last thing on your radar,” said Lisa Marie Babayan, a physician assistant who helped care for Peyton at the University of Colorado Hospital.

Peyton underwent eight rounds of chemotherapy and a seven-hour surgery there.

Now in remission, the slender blonde teen is appearing on television and billboards as one of the faces of UCHealth system’s new ad campaign. She’s sharing her story in the hope that it inspires others.

“I want awareness from how I was then, but I think it’s also very important to how I’m doing now,” Peyton told CBS Denver.

She’s tackling this with poise and humor and grace, her mom, Tera Linafelter, says in one of the TV commercials that tells Peyton’s story.

Peyton is a normal, busy teen who started CrossFit with the encouragement of Babayan, now a close friend.

“Cancer brings out the absolute worst in people, but I’ve never seen that side of her,” Babayan said. “We kind of got through it together.”

Interested in modeling before her diagnosis, now that Peyton’s beat cancer, she’s signed a modeling contract.