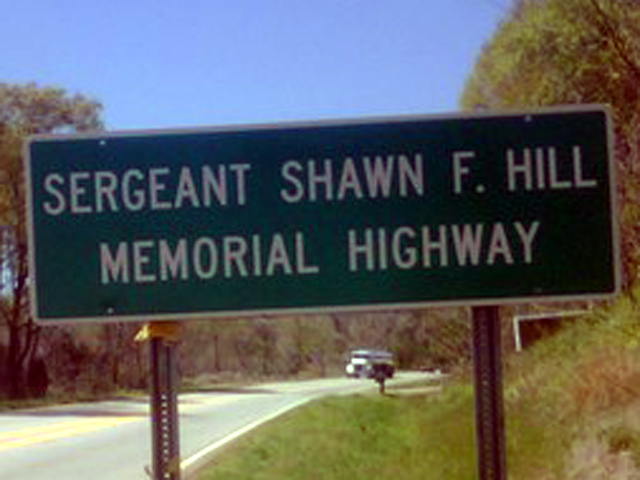 WELLFORD, S.C. - Authorities say a Spartanburg County teenager was killed in a wreck on a stretch of highway named in memory of his father.

The Byrnes High School senior was pronounced dead at the scene. Two other people injured in Thursday's wreck were still in area hospitals.

The Highway Patrol says Hill was driving a Honda that was hit head-on when a Chevrolet pickup driven by 27-year-old Michael Blake White crossed the center line.

The stretch of road where Hill died is named for his father, U.S. Army National Guard Sgt. Shawn Hill. The soldier was killed in Afghanistan in 2008 when his vehicle hit a roadside bomb.

"Aaron, he's now with his father, and I'm just glad that he is because I know that he loved his dad very much," a Byrnes High School alumna told CBS News affiliate WSPA-TV in Spartanburg, S.C.

(Scroll down to watch a report from WSPA-TV)