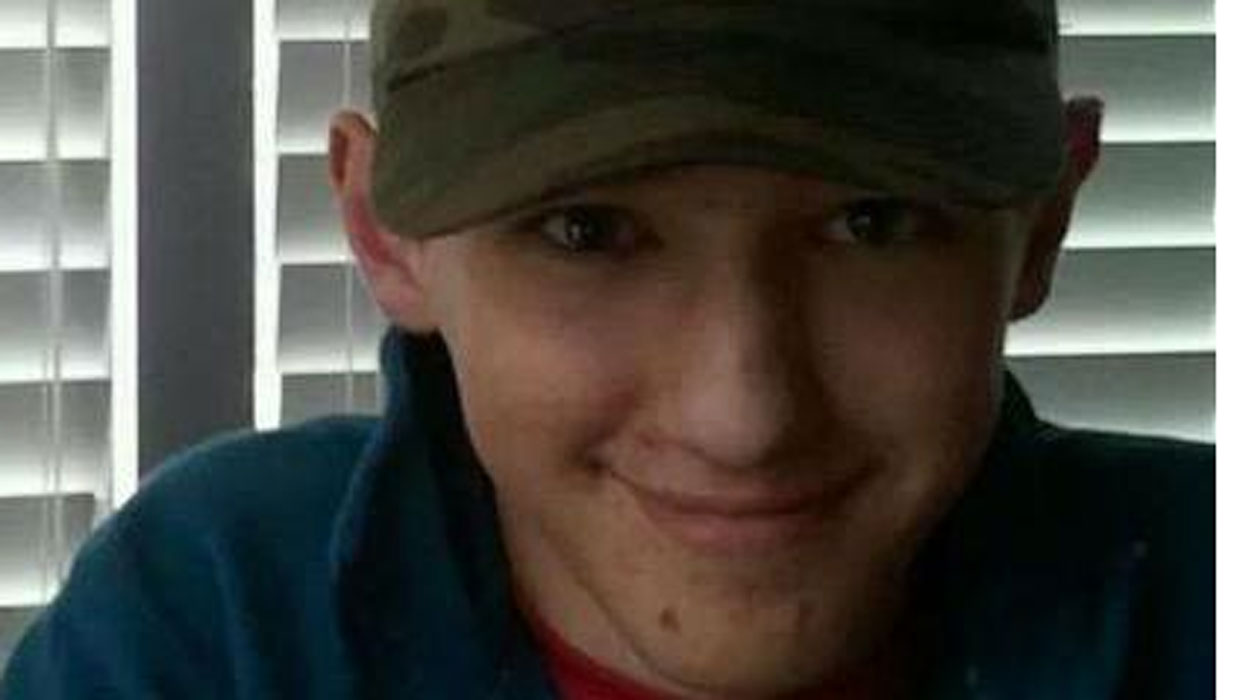 CORBIN, Ky. - A 16-year-old boy killed in a shootout Saturday with police in Maryland, prompted the search of his home over 500 miles away in Kentucky, where authorities found the bodies of his parents and younger sister.

Friends and relatives of Jason Hendrix were struggling to understand how the boy, a faithful churchgoer who was baptized just two months ago, could end up as the suspect in the slayings.

Hendrix, a Kentucky high school ROTC student and active church member, was angry at his parents for taking away his computer privileges when he's suspected of killing his family execution-style before fleeing to Maryland, where he died in a shootout with police, the Corbin, Ky. police chief said Sunday.

Police believe the victims were gunned down late Wednesday afternoon in their home, Chief David Campbell said. The father still had on his sport coat and tie from work when he was shot twice in the head. The mother was ambushed as she stepped into the kitchen from the garage after arriving home from work.

"Right now all the evidence points toward him as being the shooter," the chief said.

Baltimore County Police said Sunday the teenager shot a police officer Saturday after crashing the Honda Pilot into a silver sedan. At least six officers opened fire on Hendrix, who was pronounced dead at the scene. Maryland State Police say they initially sought to pull over Hendrix Saturday for a speeding violation.

Police found a gas receipt showing that the teen had been in New Jersey on Thursday.

The teenager was angry at his parents for taking away his computer privileges a couple of days before the slayings, Campbell said.

"The mother had talked to a co-worker and told her that he was really mad about that," the chief said.

The family members found dead Saturday in their home were Kevin and Sarah Hendrix and their daughter, Grace, who was about 12, Campbell said. The mother was shot twice in the face. The girl was shot twice in the head and once in the arm. The shooter fired into pillows at close distance, the chief said.

"He left them where they were and put the pillows over their heads," Campbell said.

Jason Hendrix met up with friends at church that evening and showed no signs of distress.

"They said he was just like he usually is," Campbell said.

Police didn't know why the suspect decided to flee to the East Coast. The family had no relatives in Baltimore, Campbell said.

"We have no clue why he went up there," the chief said.

Family and friends in this small southeastern Kentucky town were struggling to understand Sunday how a teenager known for being polite could be suspected of the killings.

Drew Mahan, the founding pastor of Forward Community Church where the Hendrixes attended, said officers questioned him extensively about Jason on Saturday night after discovering the bodies. He described Jason Hendrix as a faithful member of his 3-year-old church that held services at a local movie theater.

Hendrix would arrive at the theater every Sunday at 7 a.m. to help set up the church's equipment and was recently baptized during a service in December.

Michelle Payne, a 30-year-old mother who lived across the street from the Hendrixes, said they were "your classic small town family," adding she had not seen the family since Tuesday night when Kevin was walking the family's dog. And she said the school bus had not stopped at the house for several days to drop off Grace.

Greg Razmus, 46, owns the theater that Forward Community Church uses for its services and volunteers at the church, said he had become close to the Hendrix family, especially Jason, whom he frequently talked with about his life. He said Jason had the same struggles common to most teenagers, including getting angry at his dad for grounding him because he texted someone he wasn't supposed to.

"Just normal stuff," he said. "There was never any sign of anything you would think could cause this."

Mahan said Grace Hendrix was beautiful and bubbly with "tons of friends."

"She was one of those girls that just seemed older than what she was," Mahan said. "You could tell that she looked up to Jason a lot. She was proud of her brother. That's just another reason (why this is ) so senseless to us."

The police officer who was shot was treated at the University of Maryland Shock Trauma Center, according to the statement. He was released Sunday. Six Baltimore County Police officers fired their weapons during Saturday's shootout. They will be placed on administrative status pending a review of the incident.