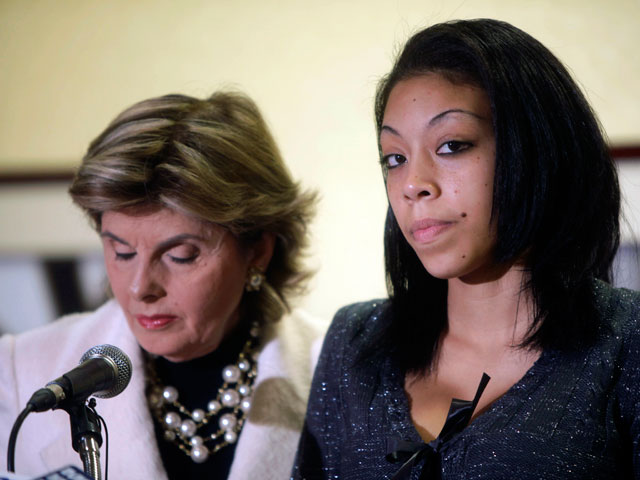 (CBS) NEW YORK - Football legend Lawrence Taylor may have avoided jail when he pleaded guilty to misdemeanor counts stemming from giving a 16-year-old $300 for sex, but he may not avoid paying for his crime.

According to the New York Daily News, Taylor's victim and her attorney Gloria Allred announced this afternoon that they have filed a lawsuit against the former Giants linebacker. The suit seeks damages under the federal Trafficking Victims Protection Act.

Slideshow: NFL athletes in trouble with the law

The Daily News reports that Cristina Fierro, now 18, said that Taylor "should have gone to jail" for having sex with her in a Rockland County motel room in May 2010: "I am very hurt because of what I was forced to do against my own will with Mr. Taylor in that room that night. It is something that is always going to be with me."

Taylor received six years probation and had to register as a sex offender in January 2011. He has said he did not know Fierro was underage.

Fierro's pimp, Rasheed Davis, 38, pleaded guilty to enticing or facilitating interstate travel to engage in a commercial sex act and was sentenced to seven years in prison in August 2011.

According to the Daily News, Allred called the suit unprecedented. Taylor's attorney said it "reads like a fairytale."

The Daily News reports that Fierro now works at Target and said she is "trying to get back in school."