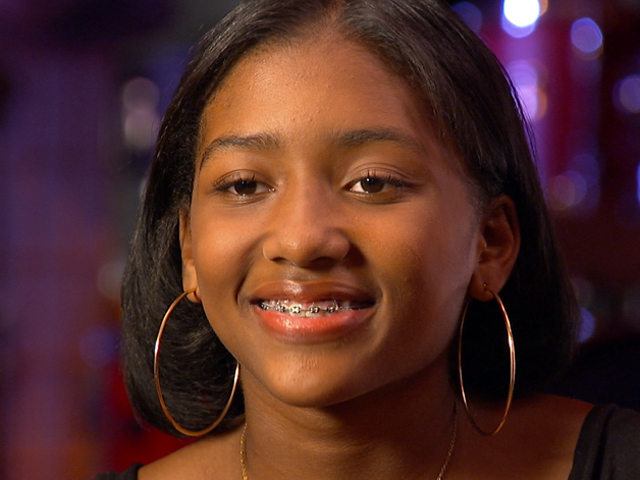 This week, one of the most moving interview moments on the "60 Minutes" broadcast happened when a 14-year-old in braces sang a cappella to correspondent Lesley Stahl. The tender song is called "Where Were You?" and Yolanda Howard wrote it about her father, who had suddenly appeared in his teenage daughter's life for a day. It was the first time Yolanda had met her dad, and she hadn't seen him since.

"Where Were You?" is a song we almost didn't get to hear. Over a year ago, "60 Minutes" producers went looking for a story at the "Gospel for Teens" auditions in Harlem. It wasn't until months later that Yolanda happened to mention to the producers that she'd written a song. It seemed outside the scope of their story, but once they heard her sing it, the producers say they were blown away.

Jennie Held, associate producer at "60 Minutes," got to know Yolanda throughout the year. In this "60 Minutes Overtime" video, Jennie recalls the moment when the teenager's emotional song came to light.

Watch part one and part two of Lesley Stahl's report.

UPDATE: "60 Minutes" producers contacted Yolanda after the "Gospel for Teens" story aired on our broadcast. Yolanda reports that after her father heard her song, he reached out to her. They have since seen each other twice.

What do you think of Yolanda's song? Comment below.