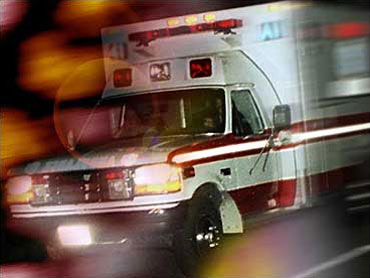 (CBS/AP) If this 15-year-old boy has nine lives, he certainly lost one of them on Thursday, after surviving a fall from his family's apartment on the sixteenth floor of a building in Manakau, New Zealand.

The boy, whose identity is unknown, is in stable condition with a broken wrist and rib, a leg gash, and internal injuries, the New Zealand Herald reported today.

The boy is thought to have been playing on a balcony when he fell .

He fell through the roof of the building's garage, which collapsed under the impact of the fall.

"In medicine, we use the term LD 50," Dr. Newman told CBS News. It means that a lethal dose of something - be it a substance or the height of a fall - has been observed for 50 percent of the population.

"For falls, it's four stories. At four stories, we expect 50 percent to lose their lives," Newman said.

At seven stories, 90 percent of people are expected to die, Newman added. Surviving a fall of 16 stories puts him in a "very small, statistical subcategory."