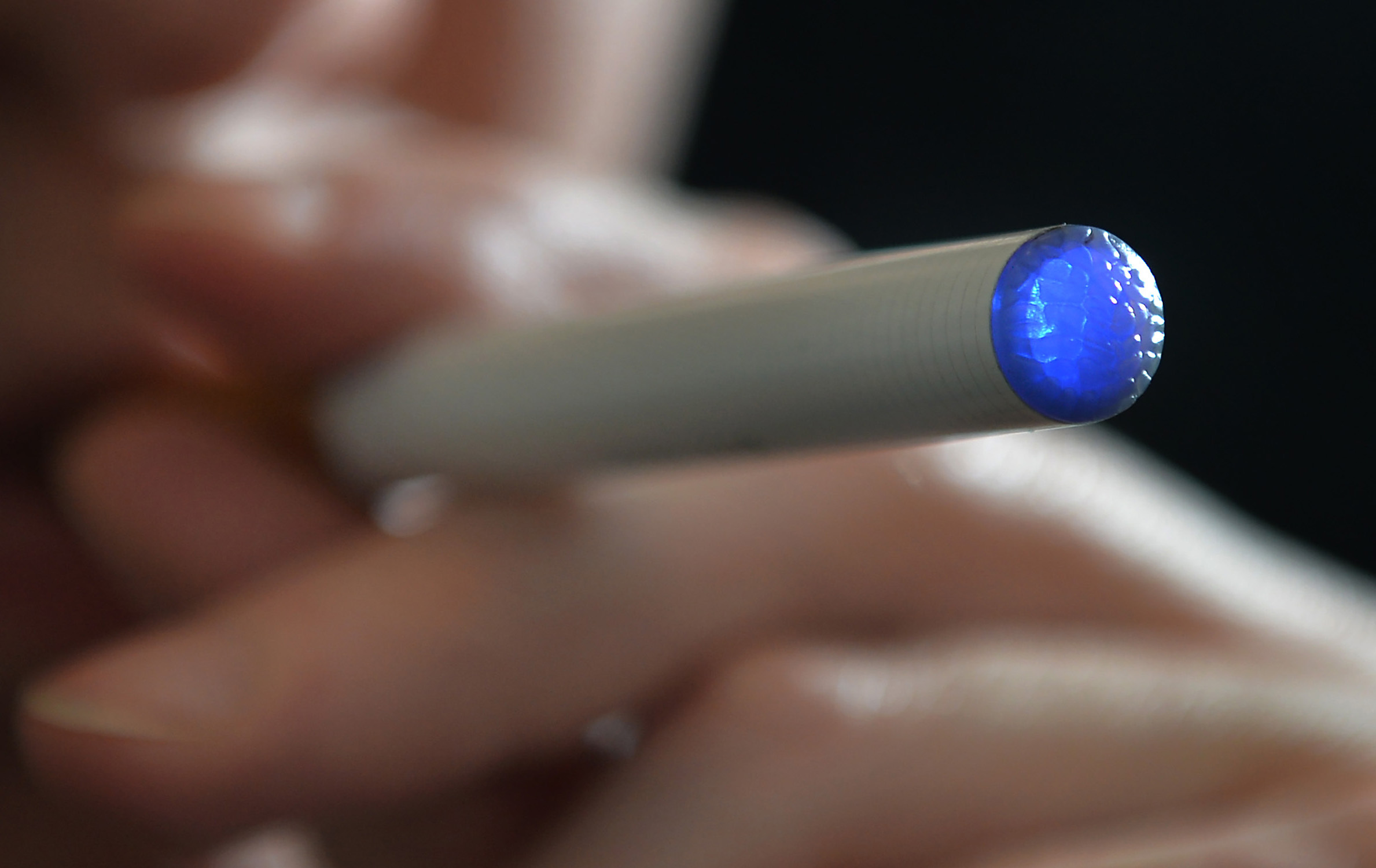 A Pennsylvania teen developed respiratory failure and needed to be placed on a breathing machine as a result of vaping, doctors say. In a case study published in the journal Pediatrics, physicians detail how the 18-year-old had been using e-cigarettes for only three weeks before being rushed to the emergency room at University of Pittsburgh Medical Center.

The young woman, who worked as a restaurant hostess, was not identified due to privacy concerns. She came to the hospital with symptoms of coughing, difficulty breathing, and chest pain. Doctors put her on antibiotics, but her condition worsened and she developed a type of lung inflammation called hypersensitivity pneumonitis. In addition to a ventilator, doctors also needed to insert tubes to drain fluid from her lungs.

Doctors diagnosed her with acute respiratory distress syndrome, sometimes referred to as "wet lung." Dr. Casey Sommerfeld, the girl's pediatrician and lead study author of the report, explains that this occurs when "an acute inflammatory lung injury leads to increased pulmonary vascular permeability, or 'leaky blood vessels,' with subsequent fluid accumulation in the lungs."

The report notes that the patient had a history of very mild asthma. She had recently started using e-cigarettes and had been vaping for two to three weeks before coming to the hospital. She had last vaped one to two days before the onset of symptoms.

Experts say it's likely that chemicals in e-cigarettes led to the lung inflammation, which triggered the patient's response.

"Chemicals such as glycerin or propylene glycol have been questioned for some time as to their safety, and may have played a role here," Dr. Len Horovitz, pulmonary specialist at Lenox Hill Hospital in New York City who was not involved in the patient's care, told CBS News.

The authors noted that this is the first reported case of its kind resulting from e-cigarette use in an adolescent.

"The long-term effects of vaping are still unknown due to the relative newness of the product," Sommerfeld, now a general pediatrician at Children's Healthcare of Atlanta, told CBS News. "There are a few case reports involving adults that developed respiratory distress following electronic cigarette use, and I suspect we will see more if the use of electronic cigarettes continues to be popular."

Both Horovitz and Sommerfeld emphasized that e-cigarettes could be dangerous for children and adolescents.

Sommerfeld said pediatricians should be sure to discuss the risks of vaping and electronic cigarettes with their patients.

Vaping may not be better for your heart than cigarettes, study finds