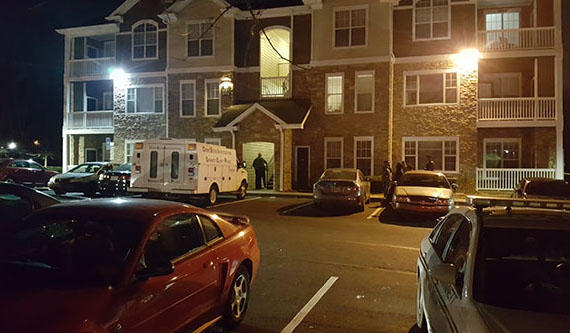 NORCROSS, Ga. -- Police in Georgia have arrested a 16-year-old who they say strangled his mother after the two argued about him taking his medication.

Gwinnett County Cpl. Deon Washington says the teenager killed his mother Tuesday night after the two got into a dispute in their apartment in Norcross, northeast of Atlanta.

Police told CBS Atlanta affiliate WGCL-TV they’re trying to determine whether mental illness might have played a role in the incident.

The victim’s nephew called police after finding her body in the apartment, according to authorities.

Police say the teen fled after they were called but was later found in the apartment complex.

Police haven’t released the name of the victim or her son.

Washington says no one else was in the apartment when the argument happened.