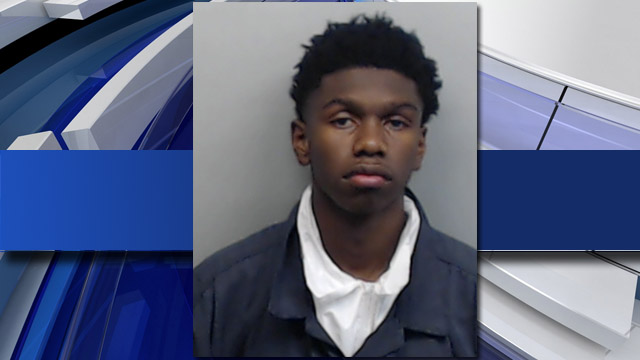 ATLANTA - A teen is accused of shooting five people near an Atlanta high school on Tuesday, reports CBS affiliate WGCL.

Marcellus Brooks, 17, made his first appearance in court Wednesday. He is charged with five counts of aggravated assault for allegedly shooting five people at Therrell High School in southwest Atlanta on Tuesday. His public defender's request to the judge to put his client - who is in school and employed - on house arrest was refused, according to the station.

Witnesses described to WGCL seeing a large group of about 30 people near the high school when a man reported to be the suspect grabbed a gun from his waistband. One witness told the station that Brooks said he was going to "mess this (expletive) up" before he started shooting. Four students were among the five injured.

Atlanta police said they are investigating possible motives for the shooting. Sgt. Greg Lyon said they have received reports of some type of argument taking place among the group before shots were fired, according to the station.

"We're extremely lucky that more people were not hurt," Lyon said. Police security at the high school has increased since the incident, WGCL reports.

Records obtained by the station show Brooks was arrested in March on robbery charges and was released last month after posting bond. He is currently locked up at the Fulton County jail and is due back in court May 28.