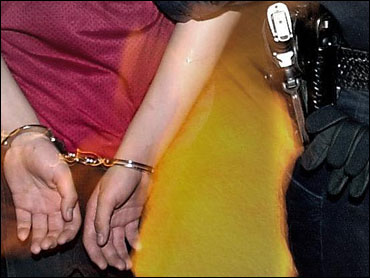 A teenager was arrested on hate crime charges for allegedly removing a Sikh student's turban and forcibly cutting off his hair in a school bathroom, authorities said Friday.

Umair Ahmed, 17, was charged with unlawful imprisonment, menacing and aggravated harassment, said Kevin Ryan, a spokesman for the Queens district attorney. Ahmed, who is of Pakistani descent, was also charged with criminal possession of a weapon.

The Sikh religious faith calls for men to wear their hair long, and many wear turbans.

Ahmed and the Sikh youth, who is 15, were trading insults at school Thursday when the younger boy tried to apologize, Police Commissioner Raymond Kelly said. Ahmed told the boy he would only accept a haircut as an apology.

Ahmed then reportedly dragged him into a bathroom, pulled off the boy's turban and cut his hair while two other students acted as lookouts, Kelly said. Ryan said no one else was charged.

There was no telephone listing for Ahmed at the Queens address provided by police.

School officials did not return a telephone message left Friday.

"There are no problems at this school at all," said the student, Sukhrit Kaur, 18.