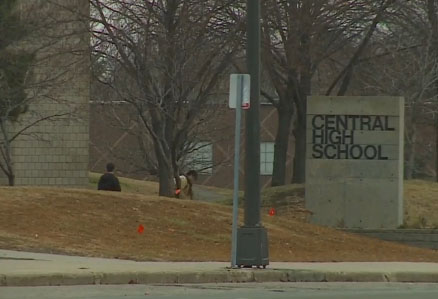 The teen allegedly slammed the Central High teacher into a cafeteria table and chair when the teacher tried intervening in a fight. The student then choked him until he was unconscious, reports the station. The teacher that was assaulted was hospitalized for brain damage and a concussion.

The incident is the latest in a string of violent assaults against teachers in St. Paul schools. This is the 27th case of a juvenile assaulting a school official this year, according to Ramsey County Attorney John Choi.

"The fact that these incidents involving students assaulting teachers across the county have been increasing at a really alarming rate," Choi said.

District Superintendent Valeria Silva says the teen started at Central High School in September but she was unaware if he had behavioral issues before that, reports CBS Minnesota.