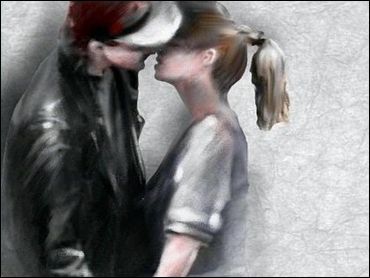 The teen birth rate in the U.S. rose for the first time in 14 years in 2006, and the number of cesarean deliveries and births to unmarried women hit all-time highs, according to the CDC's National Center for Health Statistics (NCHS).

While it is too early to say if the rise represents the beginning of a trend, Stephanie J. Ventura, who heads the NCHS reproductive statistics branch, says it is cause for concern.

"This could continue or it could reverse, but it is not the direction we want to see," she tells WebMD.

Overall, the birth rate increased by 3 percent to 4.26 million between 2005 and 2006, the largest single-year increase since 1989 and the largest total number of births since 1961, which was one of the last years of the baby boom.

An increase in the total fertility rate, which represents an estimate of the number of children a woman will have over her reproductive life, may be one explanation for the increase in overall births, Ventura suggests.

She says the rise represents a reversal in a trend, as an increasing number of families are made up of more than one or two children.

So when it comes to family planning, three may be the new two.

"I've heard people say that," she says. "All we can say is that the fertility rate is higher than it has been."

In 2006, nearly one in three babies in the U.S. was delivered by cesarean section.

The C-section rate rose by 3 percent to 31.1 percent - more than twice the target rate government health officials have called for among low-risk women by 2010.

C-sections were relatively rare in the U.S. before 1970, when just 5 percent of babies were delivered surgically.

By the mid-1980s, nearly one in four babies born in the U.S. was delivered by cesarean section. That number dipped slightly through the 1990s, but has been climbing steadily ever since.

The increase in births among unmarried women is definitely a trend, Ventura says. Births among this group hit historic highs in 2006.

The 1.6 million births among unmarried women represents an 8 percent increase over 2005 and is 20 percent higher than the recent low point for births in the group seen in 2002.

"Most of this increase is in women in their 20s," Ventura says. "This definitely suggests a change in attitudes about the issue."

The preterm birth rate rose slightly in 2006, to 12.8 percent from 12.7 percent the previous year, and low-birth weight deliveries rose from 8.2 percent to 8.3 percent.

Preterm births and low-birth rate deliveries have risen by 21 percent and 19 percent, respectively, since 1990, with late preterm births of between 34 and 36 weeks gestation rising by 25 percent, the NCHS's Joyce A. Martin, MPH, tells WebMD.

Though the reasons for this are not completely clear, Martin says one factor appears to be an increased willingness among health care providers to induce labor early.

The rate of infant deaths remained at a relatively stable 6.9 per 1,000 live births between 2004 and 2005, the last year for which mortality data have been analyzed.

African-American newborns continued to be more than twice as likely as white and Hispanic infants to die in the first year of life.

More than half of all infant deaths in 2005 were from birth defects, premature delivery, sudden infant death syndrome, and complications at delivery.

Life expectancy continued to increase to a record high of 77.9 years in 2005, or 0.1 year more than the previous year.