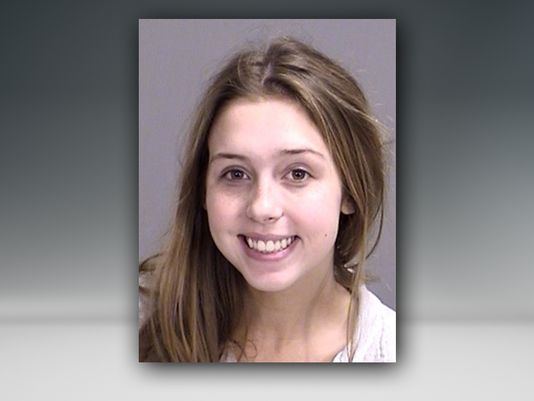 COLLEGE STATION, Texas -- The Drug Enforcement Agency has confirmed that a 19-year-old arrested for allegedly selling drugs is the daughter of a DEA agent, CBS affiliate KHOU reports.

College Station Police arrested Sarah Furay on Nov. 6, after obtaining a warrant to search her apartment. According to a police report, officers found more than 31 grams of packaged cocaine, 126 grams of high grade marijuana, 29 "ecstasy" tablets, methamphetamine and 60 doses of a drug similar to LSD.

Her father, Bill Furay, works as a supervisory special agent at the DEA's Houston Division. He's been with the agency for more than 20 years.

Bill Furay said the issue was a "personal matter" and declined to comment further, according to the station.

Sarah Furay gained notoriety after smiling during her booking photo. She faces three counts of manufacturing and delivery of a controlled substance and one count of drug possession, all of which are felony charges.

The College Station Police Department is handling all investigative matters related to the charges. CSPD was unavailable for comment as of Wednesday evening.

In a statement released to KAGS HD News, the agency's public affairs officer, Barbara Carreno said, "the DEA confirmed that Sarah Furay, the daughter of DEA Special Agent Bill Furay, was arrested in College Station, TX on charges related to drug trafficking. The College Station Police Department is handling all investigative matters related to the charges. The Furay family is dealing with this private matter as best they can."