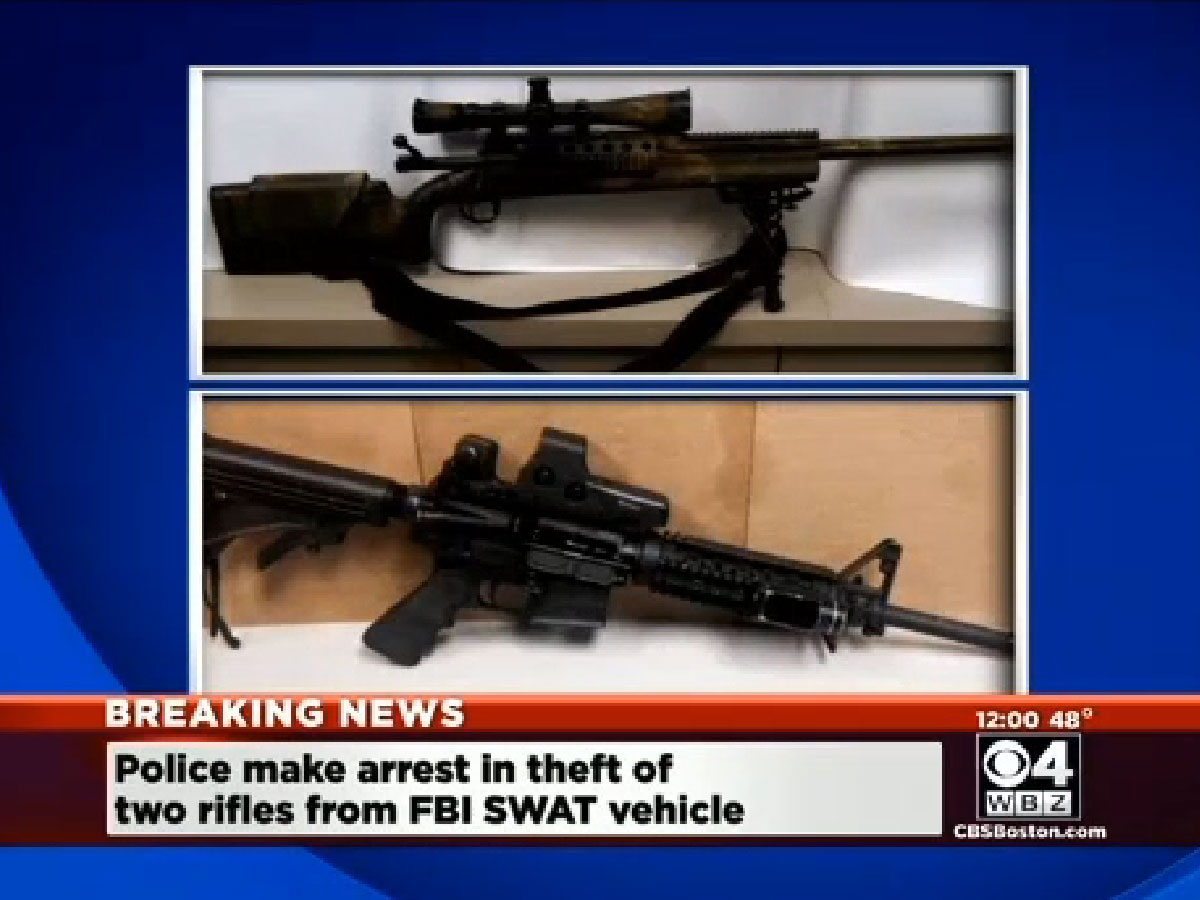 The 16-year-old was reportedly arrested Friday and is charged with larceny and breaking and entering. He will be arraigned in a Lawrence, Mass. juvenile court.

The weapons, a Colt M16-A1 rifle and an HS Precision Series 2000 sniper rifle, were stolen sometime between Wednesday night and Thursday morning during a series of vehicle break-ins in the neighborhood. Fingerprints on the FBI vehicle and on another car led police to the teen, reports the station.

The weapons were reportedly turned in to police in Lawrence around 2 a.m. Friday, but police wouldn't tell CBS Boston who turned them in.

Before the weapons were discovered, the FBI put out a public plea for help finding them, offering a reward of up to $20,000.

Police declined to identify the person who will receive that reward.