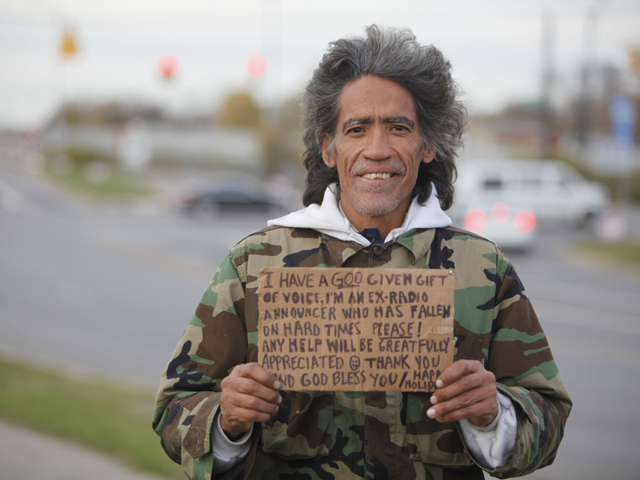 NEW YORK (CBS/AP) They come from two very different walks of life, but Ted Williams, a homeless ex-radio announcer, and British singing sensation Susan Boyle have more in common than meets the eye.

Both born with the gift of voice, the two underdogs shot to fame with the help of YouTube.

"I can't believe what's going on," said Williams, a father of nine, who compares himself to Boyle. "God gave me a million-dollar voice and I just hope I can do right by him."

Williams, whose career was ruined by drug and alcohol addiction, was left homeless, panhandling on the side of an Interstate freeway ramp in Columbus, Ohio. Then one day his life completely changed when his golden voice was heard again by a local reporter.

He was then made the subject of a video that's been tearing up the Internet, with almost 3 million hits on YouTube.

Like Boyle, Williams has suffered emotionally, but is onto brighter pastures.

Williams has been offered a job by the NBA's Cleveland Cavaliers and is being pursued by NFL Films for possible work after he and his compelling tale became an online curiosity.

"This has been totally, totally amazing," Williams said in a phone interview with The Associated Press on Wednesday, his voice choking with emotion. "I'm just so thankful. God has blessed me so deeply. I'm getting a second chance. Amazing."

Williams was contacted Wednesday by the Cavaliers, who have offered him a position that could include announcing work at Quicken Loans Arena, the team's downtown venue. Williams said the team has offered him a two-year contract and said they would pay his mortgage on his new home.

The Brooklyn native, who was going to reunite with his 92-year-old mother in New York, got emotional when talking to Early Show co-anchors Chris Wragge and Erica Hill.