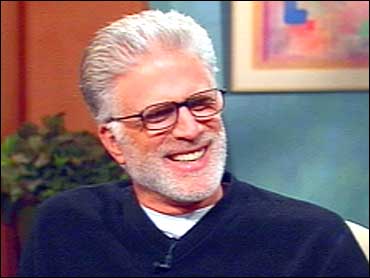 Actor Ted Danson, once known as bartender Sam Malone in the television series "Cheers," has taken a professional turn in recent years, playing a surly physician in the hit CBS comedy series "Becker."

In the two episodes to be aired back-to-back on Sunday, Chris Conner's (Nancy Travis) ex-flame (Jon Cryer) makes a surprise visit. But Becker isn't jealous of some younger competition for Chris's affection. Or is he?

Now that he has some time to relax, Danson has grown a beard and says he gets to spend time with his family and to work on a pet project, the cleaning up of the oceans.

"American Oceans Campaign, which I co-founded is now Oceana, which is a foundation-based international ocean advocacy group. And we're doing great stuff," Danson said, such as legislating against bottom trolling and bi-catching.