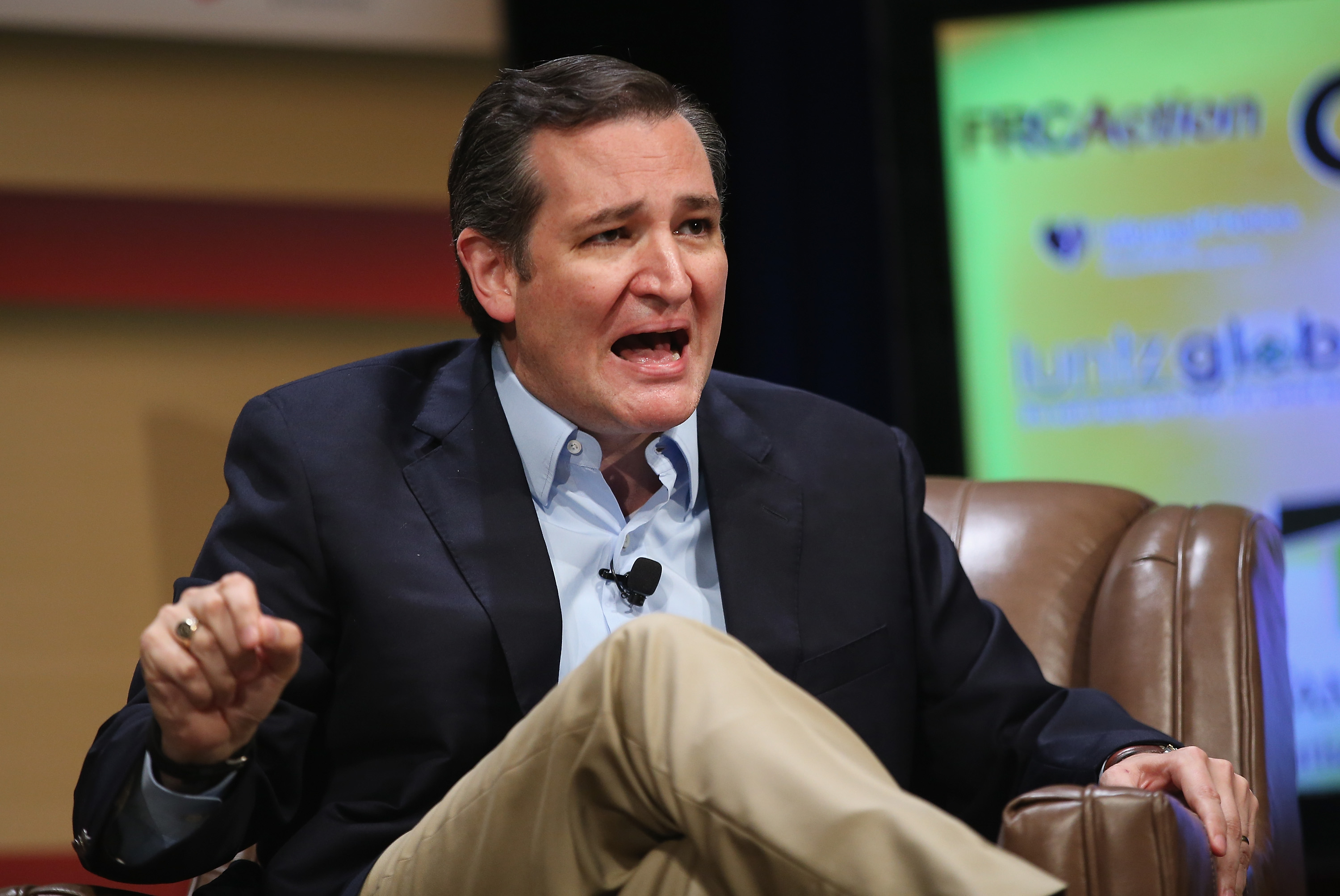 Ted Cruz picked up an influential endorsement Thursday, when Bob Vander Plaats, an evangelical conservative leader in Iowa, went to the Iowa capitol rotunda to endorse the Texas senator.

Vander Plaats said he'd do "whatever it takes" to assist the campaign, adding that his goal is to make his endorsement "stick" and unite conservatives around Cruz. Vander Plaats urged Republicans to coalesce around a single conservative candidate in order to avoid the losses of 2008 and 2012. He is confident that's what he's seeing now with Cruz: "I believe you are starting to see that happen in Iowa and around the rest of the country."

Cruz is "not always popular but very competent," Vander Plaats said, tacitly acknowledging Cruz's willingness to alienate his GOP colleagues in the Senate. He recalled his first meeting with Cruz in the basement of a Senate building.

Vanderplaats was not, however, endorsing on behalf of the organization he runs, the Family Leader, which will not be endorsing a candidate. The group's board says it prefers to be a standard bearer, and not a kingmaker, but it released Vander Plaats and other members of the board to offer their personal endorsements.

On Wednesday, Vanderplaats called Donald Trump, whom he considers a friend, to inform him of his decision. He told Trump that he has brought value to the race. Vander Plaats also talked with Huckabee and Santorum. He described all three as "exceptional" and "class acts" and will reach out to other candidates over the next few days. Vander Plaats endorsed Santorum in 2012.

Cruz has recently seen an uptick in the Iowa polls and he received the endorsement of Rep. Steve King, R-Iowa, just last month. In a Monmouth poll out this week nearly 1-in-5 likely caucus-goers said the congressman's recent endorsement of Cruz makes them more likely to support the Texas senator.