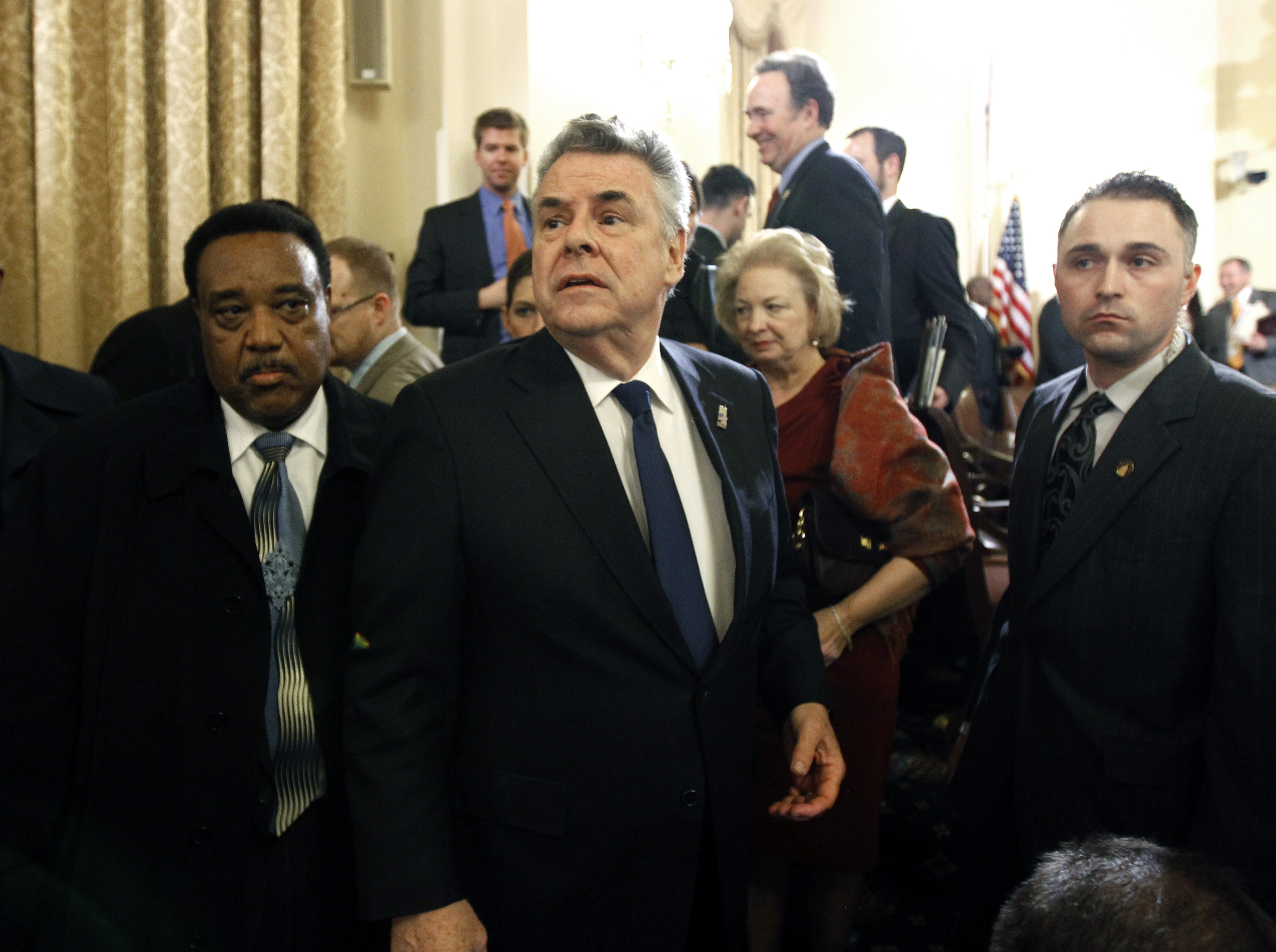 In a lengthy, emotional, and at times contentious hearing on Thursday, members of Congress and a panel of experts testified before the House Homeland Security Committee on the theme of radicalization in the Muslim American community - and whether or not that topic merited such a discussion in the first place.

The hearing, led by Rep. Peter King (R-N.Y.), aimed to investigate what was described as "the extent of radicalization" among Muslims in America. Evidence came in the form of the testimony of family members of young men who became radicalized Islamists, as well as the founder of the American Islamic Forum for Democracy, Dr. M. Zuhdi Jasser.

But the hearing - which King says will be the first in a series - was the subject of a slew of criticism from those who believe that Muslim Americans were being unjustly targeted as a community.

In his opening statement, ranking committee member Bennie Thompson (D-Miss.) expressed his disappointment that the investigation did not have a broader focus and include anti-government and white supremacist groups.

"I cannot help but wonder how propaganda about this hearing's focus on the American Muslim community will be used by those who to inspire a new generation of suicide bombers," Thompson continued."For law enforcement officials, outreach and cooperation may become more difficult."

Minnesota Democratic Rep. Keith Ellison, one of two Muslim members of Congress, broke down in tearswhile delivering an emotional tribute to a young Muslim American who lost his life in the Sept. 11 terrorist attacks - and whose reputation was later maligned due to his faith.

"His life should not be defined as a member of an ethnic group or a member of a religion, but as an American who gave everything for his fellow citizens," Ellison said of 23-year-old Mohammed Salman Hamdani.

Ellison also argued that isolating the investigation to Muslim Americans was both unjust and unwise.


"Ascribing the evil acts of a few individuals to an entire community is wrong; it is ineffective; and it risks making our country less secure," he said.

And in an impassioned speech, Rep. Sheila Jackson Lee (D-Tex.) argued that the hearing was "an effort to demonize and to castigate a whole broad base of human beings."

(Watch video of her comments at left.)

King, however, called the inquiry"the logical response" to warnings from the Obama administration, citing Deputy National Security Advisor Denis McDonough's comments that "al Qaeda and its adherents have increasingly turned to another troubling tactic: attempting to recruit and radicalize people to terrorism here in the United States."

"This Committee cannot live in denial which is what some would have us do when they suggest that this hearing dilute its focus by investigating threats unrelated to al Qaeda," he said. "The Department of Homeland Security and this committee were formed in response to the al Qaeda attacks of 9/11. There is no equivalency of threat between al Qaeda and neo-Nazis, environmental extremists or other isolated madmen. Only al Qaeda and its Islamist affiliates in this country are part of an international threat to our nation."

In the testimonies presented during the hearing, relatives of young men who had become politically radicalized as Muslims spoke out about the need for education.

"I think that as you can see, a lot of people are still in denial that we even have a problem in America with radicalization," said Melvin Bledsoe, whose son attacked a military recruiting center in Arkansas - killing one soldier and wounding another - after converting to Islam during college.

"I must say that we are losing American babies. Our children are in danger. This country must stand up and do something about the problem," he continued.

Also testifying was Abdirizak Bihi, the uncle of a young Somali American man who Bihi said was "lured, brainwashed, radicalized" and sent to join an extremist Islamic group in Somalia, where he was killed. Bihi said that American communities were at risk of being penetrated by Islamic extremists - and described the Council on American Islamic Relations (CAIR) as a menace.

King called CAIR - a frequent conservative target -  an "unindicted co-conspirator" in a 2009 case involving the funneling of millions of dollars to the Palestinian Islamist political group Hamas. He argued that "CAIR is routinely, and I believe mistakenly, elevated in the press as the voice of mainstream American Muslims. And they have been granted access to the highest levels of government at times."

Los Angeles County Sheriff Leroy Baca, a witness for the Democrats who represents the nation's largest sheriff's department in the country, took issue with that characterization. Baca has spoken in the past about successfully working with Muslim Americans on counterterrorism efforts.

"If the FBI has any charges against CAIR, let the FBI bring them," he said.

"You have facts, and you have a crime. Deal with it," Baca continued. "We don't play around with criminals in my world. If CAIR is a 'criminal organization,' prosecute them and bring them to trial," he said.

Rep. Jackie Speier, a California Democrat, argued that the discussion was "skewed" - and contended that, other than Baca, those being presented as experts in the fields were providing little more than anecdotal evidence.

"We are seeing a very skewed discussion. While I think these anecdotes are interesting, I don't believe these are experts," she said. "I'm no more prepared to speak about the pedophilia in the Catholic church because I am a practicing Roman Catholic... And I think we do need to have experts come here to speak on homegrown terrorism in this country."

In response, Miss. Rep. Chip Cravaack (R) defended the expertise of those on the panel and praised them for their "courage" and "conviction."

Despite the frequently tense nature of the exchanges, however, King concluded that the hearing had been a success.

"This was an extremely productive and worthwhile hearing," he told reporters after the conclusion of the four-hour event, adding that he thought it had been "informative" and "educational."

(Watch video of his comments at left.)

When asked if the hearings might have a negative or subliminal impact, King declared "there's absolutely no reason for anyone to worry about any impact - subliminal or otherwise." He added that, if anything, it was the media's "mindless, baseless string of accusation and hysteria" that was a cause for concern.

When asked for their perspectives on the same question, Bihi cast the hearing as an opportunity to open a much-needed national conversation.

"Today is my happiest day," he told reporters. "We benefit to finally have a voice and to speak up."