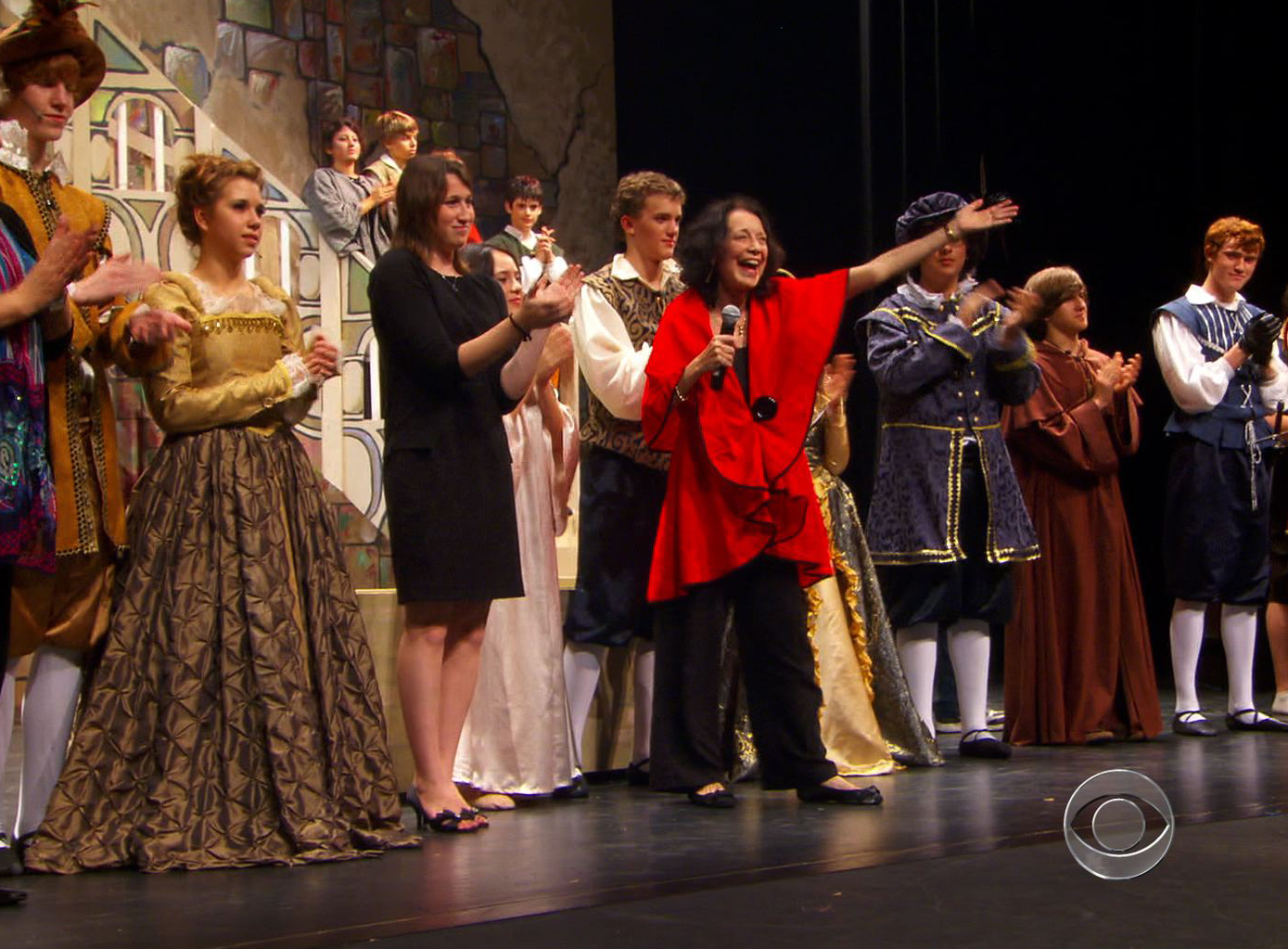 Kimberly Dougherty's life is filled with drama. And she's learned that -- try as we might to write the script for our lives -- sometimes we're forced to ad lib. CBS News correspondent Steve Hartman met her On the Road, in Riviera Beach, Fla.

It isn't a Broadway production. But don't tell that to Dougherty, the drama teacher at Florida's Suncoast High School.

"It's the old saying: If you're gonna do it, do it right," Dougherty said.

In fact, Dougherty used to be a Broadway producer. She gave it up to be a high school teacher.

Her plays -- like this season's Romeo and Juliet -- are all spectacular. And spectacularly expensive, according to some.

Principal Linda Cartlidge has been trying to reel her in for the last three years.

"It's not like just throw a costume together. Did you see those costumes? Seriously," Cartlidge said. Dougherty, she says, is "a bit of a challenge -- definitely high maintenance -- but she has it in her heart about the students, about giving them a gift."

For Dougherty, that means using much of her own money -- thousands -- on costumes; on flying-in a world-renowned fencer to teach stage combat; on bringing in one of the best ballet teachers to do the choreography.

"If she logged all the hours she put in she'd probably make the school district go bankrupt," said one student.

The kids say they really don't want to ever lose her.

"Without her, we literally have nothing here," another student said.

They really don't want to ever lose her.

"I thought it was just a bad rumor," said another student. "And then she said it herself. And I -- I still couldn't believe it."

Until recently, Dougherty had been keeping a secret from everyone at Suncoast, fighting in a drama beyond her direction.

She has cancer; stage 4 pancreatic cancer.

"Ninety-five percent dead within five years," Dougherty says. "Generally within a year or a year and a half." She draws a line across her neck. And laughs. She was diagnosed more than four and a half years ago.

Her attitude about it is almost disconcerting. For her, cancer is a comedic tragedy.

The kids sure believe her.

"If anyone is going to kick stage 4 pancreatic cancer's butt it's Mrs. Dougherty," one said

So Dougherty is making plans -- "We will be back in February with Moon over Buffalo. We have Pippin, our musical, in April. Next year we're back with Taming of the Shrew,' she tells a cheering audience.

Plans for more plays. But no plans for any curtain calls.