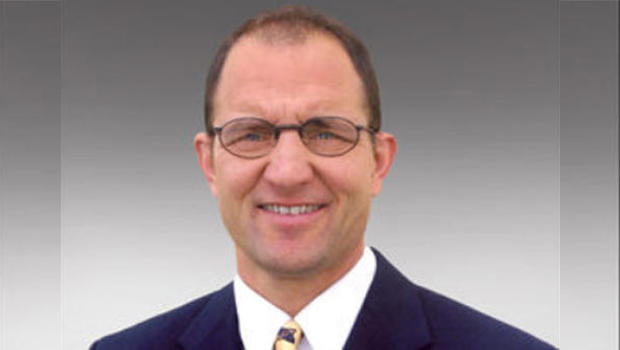 SEASIDE, Calif. -- A teacher accidentally fired a gun inside a classroom here on Tuesday afternoon and a student was slightly hurt, authorities said. Dennis Alexander was teaching public safety for his Administration of Justice class in Seaside High School when a shot went off around 1:20 p.m., reports CBS Monterey, California affiliate KION-TV.

Though the gun didn't shoot anyone directly, "Fragments from the bullet struck a student in the neck," Pridgen said.

"Upon learning of the incident, school site administration, the District Office, and the Seaside Police Department immediately began investigating, including interviewing students in the class. It was determined that there was no immediate threat to students or staff, and school remained in session," the district said in a statement.

"My God, [it's] good that it went up to the ceiling -- what if someone, somehow, got hit?" parent Halie Martinez remarked to KION-TV. "There should be precautions when it comes to that."

Seaside Police say they don't need to be notified when a gun is being used in class, but they told KION-TV bringing a gun into a classroom is unusual.

"Best practice is you don't take live firearms into a classroom," Chief Pridgen said. "You take what is called a dummy gun, which looks like a real gun but you can't even put a magazine in it and you certainly can't put bullets in it. I'm not sure what circumstances led to a firearm being used in this class."

The district said in a statement that, " California law prohibits firearms on campus, and MPUSD's Board of Education policy prohibits any person other than authorized law enforcement or security personnel from possessing weapons, imitation firearms, or dangerous instruments of any kind in school buildings, on school grounds or buses, or at a school-related or school-sponsored activity away from school, or while going to or coming from school."

It wasn't clear whether Alexander had broken that law or those district policies.