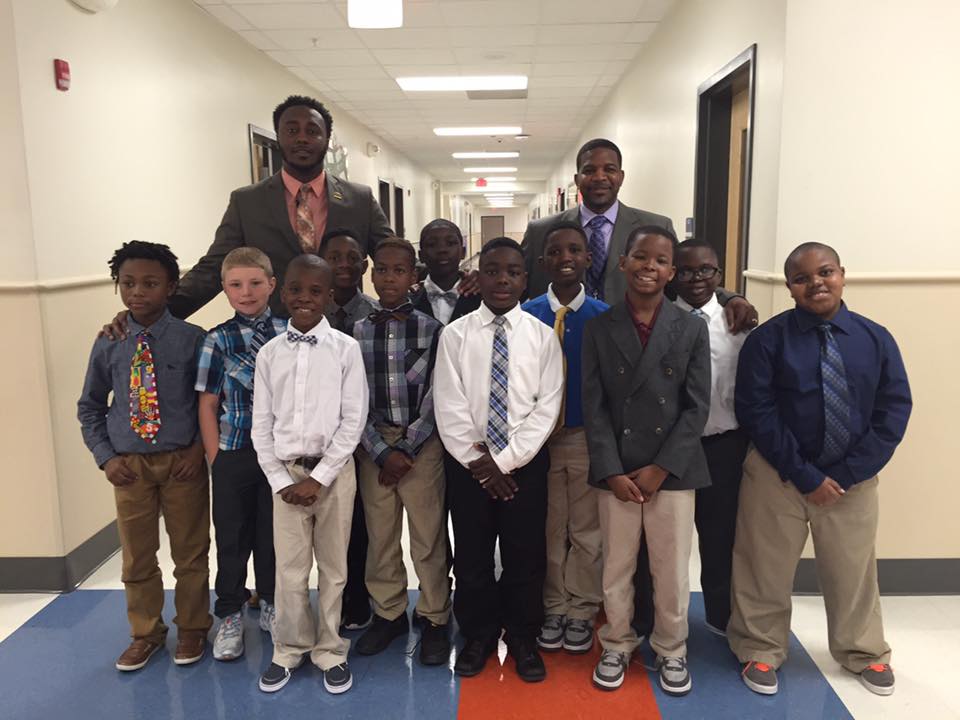 CHARLESTON, S.C. -- A teacher in South Carolina is going above and beyond to help young boys in his community become young gentlemen, reports CBS affiliate WCSC-TV.

Every Wednesday nearly 60 students at Memminger Elementary School dress for success and meet for the "Gentlemen's Club."

Raymond Nelson is the student support specialist at Memminger Elementary in Downtown Charleston, South Carolina. He works with at-risk children and over winter break thought of an idea to teach his students life lessons.

"I was thinking maybe if I have the boys dress for success," Nelson said to WCSC-TV. "When was the last time you saw someone fighting in a tuxedo?"

Every Wednesday, dozens of first through fifth graders walk into class in their Sunday's best.

"I know a lot of them struggle because a lot of them don't have men at home, so I just want them to grow up and think of the things that I teach them," Nelson said. "They like the reaction of walking up to classrooms and say, 'Oh, you look so nice and handsome,' they just love it."

Nelson even keeps a stash of donated jackets, vests and ties at school for kids who don't have their own.

"A lot of my students perform well when they know someone cares about them," Nelson said.

Each week they discuss a new topic like how to shake hands, make eye contact, open doors and address their elders.

Nelson told WCSC-TV because some of the younger boys are still at the age where they consider girls to have "cooties," he bases his lessons and examples off how they would treat sisters, mothers and their teachers.

At his mother's request, Nelson said he joined a similar group as a child.

"It helped me to be a better man and I could spread the knowledge to the young boys," he said.

The Gentleman's Club has been so successful at Memminger that Charleston County School District officials say they want other local schools to begin Gentleman's programs in their schools.

Editor's Note via WCSC-TV: Raymond Nelson, the student support specialist who created this group has renamed it. The new title, according to Nelson, is "Boys With Purpose."