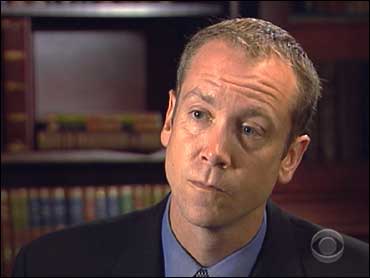 Since 1990, Teach for America has trained college graduates and professionals to work as teachers in needy schools.

Today, the group has 5,000 teachers-in-training and a $75 million budget - a third of it from local school districts, state and federal government. That's your tax dollars, CBS News investigative correspondent Sharyl Attkisson reports.

Which is why it was such a blow when Teach for America recently got a failing grade on the subject of handling the public's money.

The Department of Education Inspector General examined a small slice of the group's federal funding. What they found was shocking.

In all, Teach for America failed to account for half the money audited.

Attkisson said: "There was no agenda; no description of meals; no list of attendees. That sounds like a little more than sloppy bookkeeping."

"I think it's a question of what records should have been kept," Huffman said.

They should have kept records on a tab for more than a quarter million dollars for food and lodging ($277,262) and $26,812 for teacher certification - but didn't. Auditors say there was no documentation that any teachers actually attended and completed the class, or that there even was a class.

"Alarm bells start to go off usually when you start seeing a recipient of a grant or an earmark not being able to provide basic information," said Leslie Paige of Citizens Against Government Waste.

Tax watchdog Paige says it's astonishing that Teach for America has gotten so big without proper accounting systems.

"How do you prove that what you are spending the money on is working?" Paige said.

After the audit, Teach for America tried handing over some newly-found documents, but it didn't help. The Inspector General said they contained "significant discrepancies."

"[They] didn't match up with what you gave them before," Attkisson said to Huffman.

But still not good enough. The audit concluded they should pay taxpayers back the disputed amounts - with interest.

Teach for America says it's learned a lesson, and switched to new accounting system.

Taxpayers better hope so, the group is slated to get $12 million more federal tax dollars this year.