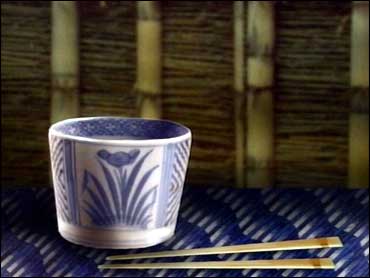 Drinking tea may prime the immune system by making the cells quicker at responding to infection. A new study from the National Academy of Sciences shows a chemical found in many common types of tea boosts the body's defense against disease.

The Early Show medical correspondent Dr. Emily Senay says the T-cell is a crucial first responder to many types of bacterial, viral, fungal and parasitic infections.

The T-cells activate the production of interferon, which is a key part of the body's chemical defense against infection.

In the study, researchers asked eleven volunteers to drink either five small cups of black tea or coffee daily for up to four weeks. They then took blood from the tea drinkers and exposed that blood to E. coli bacteria.

The results show that five cups of tea a day sharpened the body's defenses against disease, making the immune system's response to infection five times faster.

Although more research is needed, the study adds to a growing body of evidence that tea is an effective disease fighter.

However, java drinkers shouldn't expect coffee to have the same benefits, says Dr. Senay. Green and black tea contain the beneficial chemical, but coffee does not. Tea drinkers showed an enhanced ability to produce disease-fighting chemicals after only two weeks. But the same blood and bacteria tests in the coffee drinkers showed there was no change.

The health effects of tea have been extensively studied and it was found to have antioxidants called flavonoids, which have been linked to a lower risk heart disease and cancer. Other studies have linked tea to helping fight osteoporosis and to relieving some allergy symptoms.

Will doctors start prescribing tea in the future?

Well, Dr. Senay says, it may be possible to further isolate and refine the beneficial component from tea and use it to boost the infection defense of the body. Since the chemical primes the immune system to attack bacteria, viruses and fungi, it could possibly be turned into a disease-fighting drug, someday.