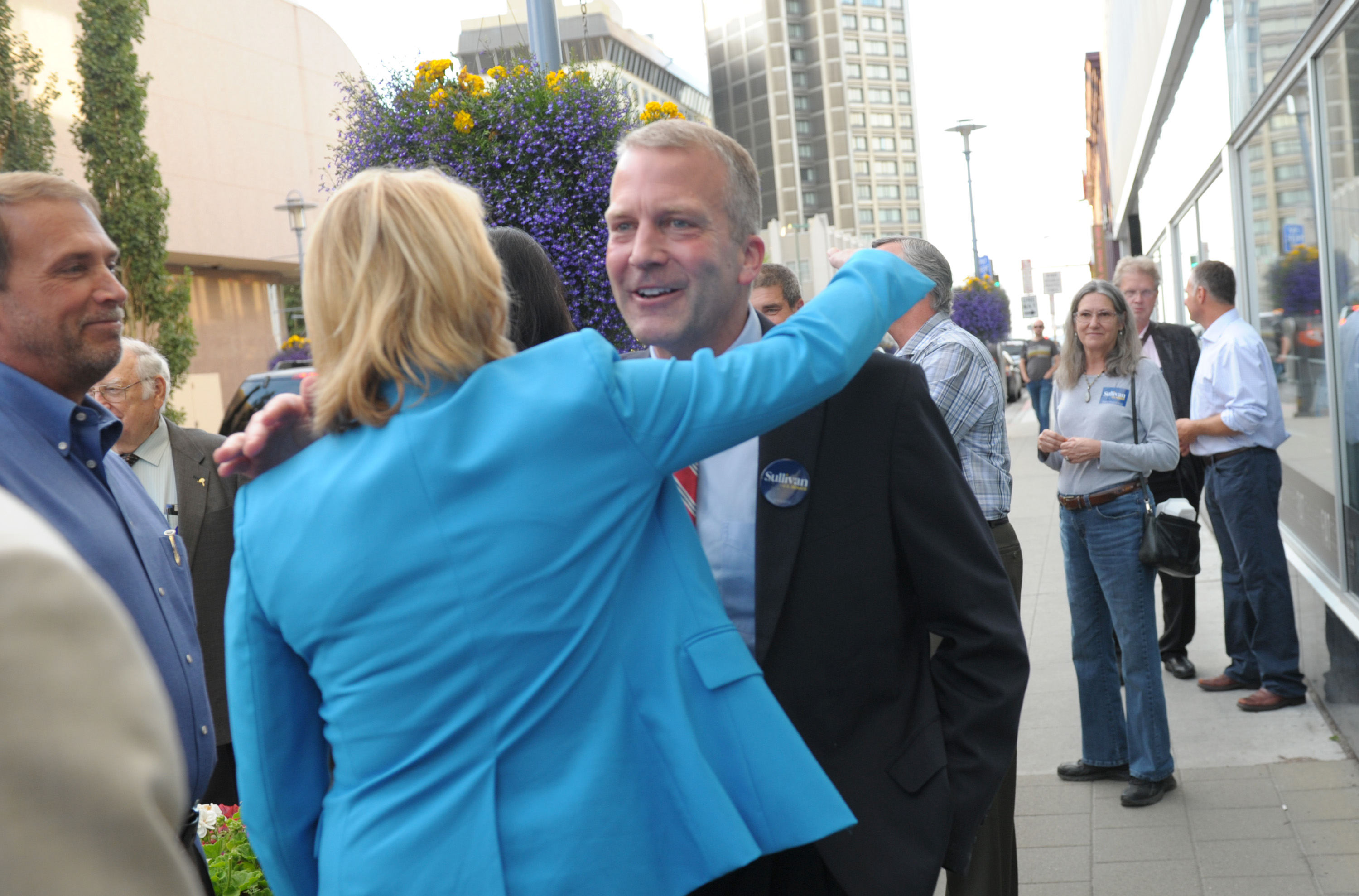 Republicans see the Alaska race as a key contest in their attempt to capture the Senate majority from Democrats.

Sullivan entered the primary the presumed front-runner, with the backing of national GOP powerbrokers and a huge cash advantage over his rivals.

He had the support of Karl Rove and groups like Club for Growth. Democrats clearly see him as a serious threat; roughly $4 million in attacks have been run against Sullivan by a pro-Begich super PAC.

"Our success was about Alaskans coming together to decide the direction we take our state," Sullivan said, adding later, "Now is the time to focus on the real issues that matter the most to Alaskans. I look forward to painting a clear contrast between Mark Begich's inability to move our state forward and my vision for a brighter and better Alaska."

Miller made a late push reminiscent to his 2010 primary upset of U.S. Sen. Lisa Murkowski. Miller released a statement early Wednesday morning, saying it seemed unlikely he would be able to close the gap on Sullivan with the remaining absentee ballots and outstanding precincts. He said he called to congratulate Sullivan "for running a strong campaign."

Treadwell said he called to congratulate Sullivan and offer to help in his bid to beat Begich. "I believe it's essential that we have a challenge to Begich that's real, and I believe Dan will put forward a very real challenge," he said.

Begich won his primary easily after facing no real threat from other Democrats.

Tuesday morning, Sullivan was out with supporters - including his wife, three teenage daughters and niece - waving signs along a busy Anchorage street and looking relaxed.

He said the attack ads from Democrats and the super PAC Put Alaska First show, "they're afraid; they fear me."

Sullivan spent the last few days leading up to the primary covering hundreds of miles in an RV. He skipped the last debate to be broadcast statewide to focus on door-to-door campaigning.

At a Wasilla-area polling place, Nickolas and Lorianne Zimin, both 30, said they voted for Sullivan.

Nickolas Zimin said he was impressed with how Sullivan spoke in a debate in Fairbanks.

He wants whoever is elected to the Senate to get as much federal money as they can for Alaska schools, though he's not sure who he will vote for in the general election.

"I have to do some more research," he said.

Former Gov. Sarah Palin, a paid contributor for Fox News who has had little to do with state-level politics since appointing Sullivan attorney general and resigning in 2009, re-emerged to support an oil tax referendum that also was on the ballot and too close to call Tuesday night. If successful, the referendum would restore the tax system she championed as governor.

Miller was largely considered a wild card and long shot, but he was running a race that smacked of 2010. That year, he upset Murkowski in the GOP primary but wound up losing to her in the general election after she ran a write-in campaign.

He had a network of loyal supporters, attention from conservative talk radio hosts, and endorsements from anti-abortion and tea party-style groups. While he exuded confidence in the race's final days, Miller said late Tuesday afternoon, after being greeted warmly by sign-waving supporters along a busy Anchorage street, that he did all he could do.

"We've left nothing on the table," he said, noting the support he's received has been "phenomenal."

Miller, who spent the campaign painting his opponents as "establishment candidates," said in the waning days of the race that he would support the eventual nominee. That spoke to the state GOP's desire for the party to unite in the cause of defeating Begich and of avoiding a repeat of the divisive 2010 race.

Treadwell cast himself as the "electable" conservative, in contrast with Miller and played up his decades-long ties to the state, as opposed to Sullivan. He argued his knowledge of Alaska issues, from fisheries to aviation, made him the strongest candidate to challenge Begich.

Treadwell, who struggled to race money after Sullivan jumped in, said he was proud of the race he ran.

In the race for U.S. House, Republican Rep. Don Young, who is seeking a 22nd term, and 29-year-old political upstart Forrest Dunbar, a Democrat, both won their primaries.

Meanwhile, in Wyoming, what had been shaping up as one of this year's most bitterly contested primaries came and went with barely a ripple on Tuesday as Wyoming U.S. Sen. Mike Enzi soundly beat four little-known Republican challengers in his pursuit of a fourth term.