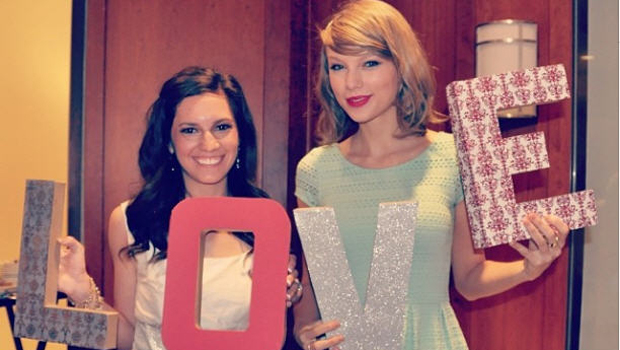 If you invite Taylor Swift to your bridal shower, there's a chance she just might stop by.

The "Red" singer posted a video showing her traveling to Columbus, Ohio, on Sunday, where she surprised Gena Gabrielle, a bride-to-be who's one of her longtime fans.


"There's this girl named Gena, who has been coming to my shows for years," Swift says in the beginning of the video. "I was at the management office the other day and we were going through fan mail and invitations and stuff. I got this wedding invitation."

She couldn't make it to the wedding -- but there was also an invite enclosed for a bridal shower.

"I've never been to a bridal shower, so we're going to Ohio today," she said.

When Swift, bearing gifts, casually walked in to the party, Gabrielle's jaw dropped and she gave the singer a big hug.

"I had no idea Taylor was coming it was a complete surprise," tweeted Gabrielle, who documented the experience on her Twitter and Instagram pages. " She's an incredible person and amazing friend."

Swift posted the video Wednesday on YouTube. Watch it below: