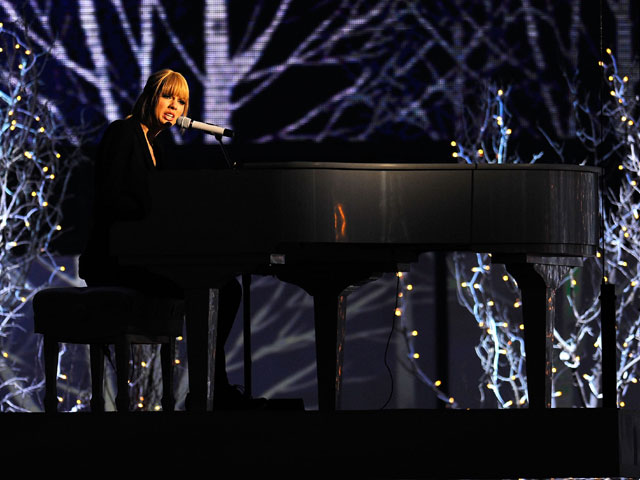 The young pop/country crossover star appeared sitting behind a piano without her signature curls, instead sporting bangs and straight hair pulled back in a ponytail.

Swift, who won the AMA for best country female artist, performed her hit "Back to December," which is thought to be an apology to former flame Taylor Lautner, and then switched to OneRepublic's song "Apologize."

What did you think of her new look, and her performance? Watch the video below and share your thoughts in the comments: