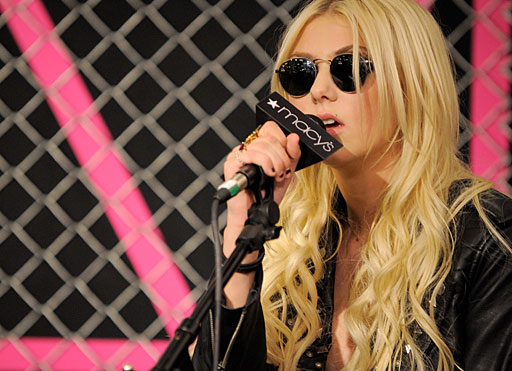 The "Gossip Girl" actress, 17, was performing with her band, The Pretty Reckless, in Glasgow, when she told the audience that they were "the craziest crowd in the whole of England."

There's just one problem: Glasgow isn't in England. It's in Scotland.

The crowd wasn't pleased, according to reports.

"People began to cheer as they presumed she was going to say Scotland, but when the penny dropped all you could hear was boos," a local student told the Daily Record.

Another fan told the paper, "I think she needs to go back to school for geography lessons. You could tell people were really offended. The crowd just seemed flat from then on. There really isn't any excuse. Surely someone backstage could have said something to her."

Momsen apparently didn't notice the faux pax, and the band continued to play without issuing an apology.

But the star later took to her Twitter page to own up to the mistake, writing, "Glasgow, I love you, I now HAVE to tour SCOTLAND (haha, sorry bout the slip up!)"