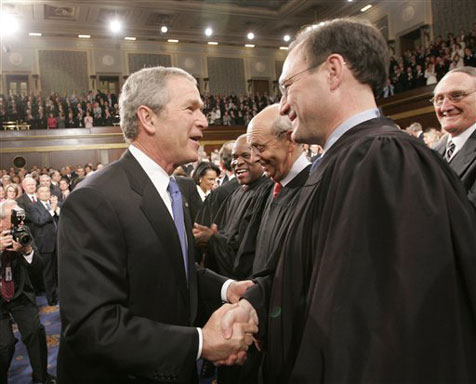 Lawrence Taylor insists he was set up by police in this latest episode of drug trouble.

The former NFL star was charged with possessing crack cocaine. He was arrested Monday in his hotel room and accused of purchasing $50 worth of the drug from an undercover officer.

"Any time a law enforcement agency can solicit you all day and you tell them no and then they have the nerve to come to my room at 2 a.m. and try to sell me drugs, that's bull," Taylor said.

Police said they found drug paraphernalia in the room at the Sandpiper Resort and Taylor admitted he knew of its presence. Taylor was in town for a celebrity golf tournament.

The 39-year-old former All-Pro linebacker spent about 12 hours in the Pinellas County Jail until posting $15,500 bond. Officers also arrested Victoria Corey, 41, who was identified as an employee of L.T. Enterprises, a business owned by Taylor.

Taylor said the undercover officer badgered him all day about buying drugs, and he finally appeased him so he would go away.

"I'm just waiting for my day in court," Taylor said.

Det. Dean Horianopoulos would not elaborate on how the drug deal was arranged, saying only that police received information that Taylor was looking to purchase drugs.

The detective said Taylor told him he was self-employed and identified Corey as his secretary.

Taylor, who helped the New York Giants to two Super Bowl titles during a 13-year career that ended in 1993, was arrested on similar charges two years ago in South Carolina.

He enrolled in a pretrial intervention program that would wipe the charges from his record by completing 60 hours of community service and submitting to drug counseling and random drug testig.

Some of Taylor's former teammates were stunned but not necessarily surprised at Taylor's arrest.

"I'm angered and frustrated because there are so many positive ways that Lawrence could influence people," said George Martin, a former Giants teammate.

"There was a lot of admiration for Lawrence because he played with reckless abandon." Martin told the New York Post. "But there comes a point where you have to divorce yourself from what took place on the field and what takes place in life and apply some caution."

Harry Carson, another former Giants linebacker, said: "It's a shame that more attention will be focused on what he has done off the field than what he did on the field. Unfortunately, that's the way it will be."

Taylor also underwent cocaine rehabilitation in 1986 and was suspended by the NFL two years later for violating its substance abuse policy.

In 1989, Taylor failed a Breathalyzer test after he was found sleeping behind the wheel along a busy New Jersey highway at 3:30 a.m. No drugs were found in a urine test.

Taylor has faced other legal troubles. He was arrested last May in a roundup of deadbeat parents, spending about 10 hours in jail before a business associate paid $6,000 -- $4,500 for an overdue payment and $1,500 for an outstanding traffic violation.

In June 1997, he pleaded guilty to filing a false 1990 federal income tax return by failing to report $48,000 in income from a now-closed restaurant he owned near Giants Stadium.