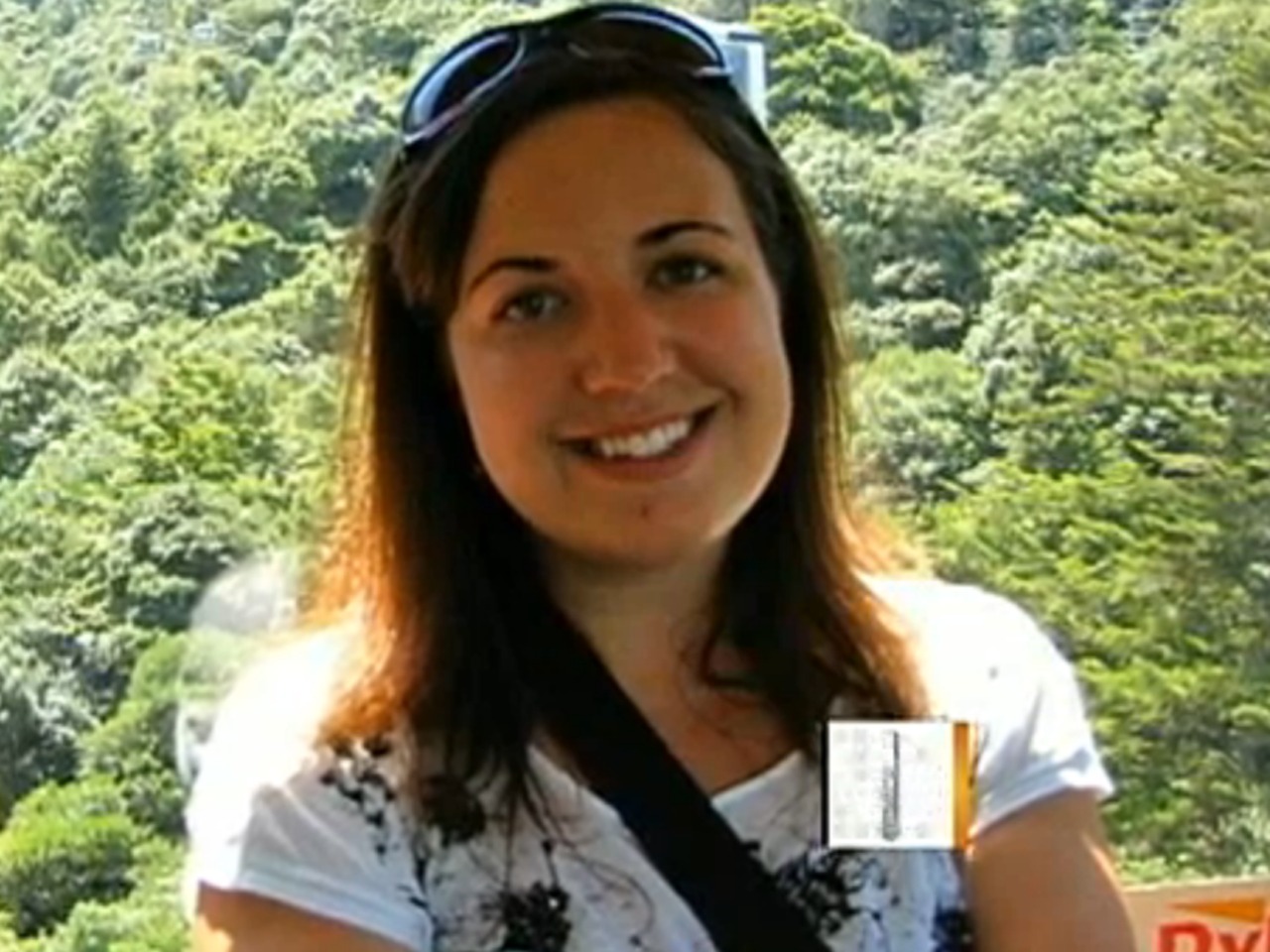 Taylor Anderson is the first-known American victim of the Japan earthquake and tsunami. The 24-year-old taught English in the seaside town of Ishinomaki.

Four days after the tsunami struck, Anderson's parents were told their daughter had been found alive. Later that day, however, the Andersons were told by the organization Taylor worked for, JET, the Japan Exchange Teaching program, that an error had been made and Taylor's whereabouts were unknown. Taylor's parents were notified of her death on Monday by the U.S. Embassy in Japan.

Officials there say she spent her final moments making sure her young students were safe. But ultimately, she ran out of time to save herself. Her body was found not far from her school.

Taylor's father and her boyfriend, James, are in Japan now.

On "The Early Show" from the family's hometown of Midlothian, Va., Taylor's mother, Jean Anderson, told co-anchor Erica Hill that her husband and James plan to look at the area where Taylor was found and begin to dismantle her apartment.

Taylor's sister, Julz Anderson, who also appeared on "The Early Show," said the family plans to donate Taylor's clothing, pots and pans and other usable items to the people in need there.

"Most of the knick-knack things that she collected during her time in Japan and her travels, we're going to probably bring home," she said.

Hill asked Julz to tell viewers a little more about Taylor and who she was, saying, "By all accounts, your sister was this incredibly warm, caring young woman who had such a connection with her students, and clearly cared so much about them. Tell us a little bit more, things that we don't know."

Julz replied, "I mean, it wasn't just with the students. It was also with her neighbors, and fellow teachers. She touched so many lives over there. She just could create a bond of friendship that not many people could do. She was so sincere. And she was always willing to help. I mean, she was one of the most sincere persons I've ever met. And I mean, just going beyond teaching, she had an enthusiasm for life that truly affected others. She was always doing something on the weekends, always planning trips. She was a person that people wanted to travel with, because she made it such a good time. She took advantage of everything that was in front of her, and she just lived her life to the fullest."

Hill noted, "I understand that it wasn't just a connection with people her own age or even her students, but she also had a real connection even with some of the older people in Japan. And you were able to witness that firsthand."

"She was a teacher for older adults," Jean said. "They had a club called the Kiwi club. They were older Japanese people who wanted to learn conversational English. And she would meet with them once a month, and they would go over phrases, catch phrases, she taught them a lot of American ways, or explained American ways, and when I met her students, they loved her. They had just warm, kind things to say about her. And they even said she was their favorite teacher. And she connected to them."

Jean said of her daughter, "I was very proud of her."

The Andersons lead an extensive search online for Taylor in the days following the earthquake and tsunami. Hill asked if that outpouring of support has continued since.

"Oh, it's amazing," Julz said. "I haven't really been checking too much lately, but, when I have checked, my notifications I have, you know, at least 50 every time I log in. It's been incredible. So we're hoping that we will still get that support coming in. We have a lot of things that we want to do in her name, including getting together a memory book in her name, and then we're also thinking about starting a foundation in her name to help support what's going on in Japan, just because that's what she would have wanted. She would have wanted Japan to rebuild and become a beautiful country again. So, we're going to do everything in her name to get Japan back to where it should be."

Hill asked Jean what she wants people to remember most about her daughter.

"Taylor was a warm, kind human being and thought a lot about others. And her last acts on earth were helping -- helping somebody else," Jean said. "So, that pretty much sums up who she was. She loved her friends. She loved her boyfriend. She loved her family. And she always showed that, and we felt it."

Hill remarked, "She set quite an example for a number of people (and is) continuing to teach us so many things even after her passing. Jean and Julz Anderson, thank you for taking the time to speak with us. We really appreciate it. Again, please accept our condolences."