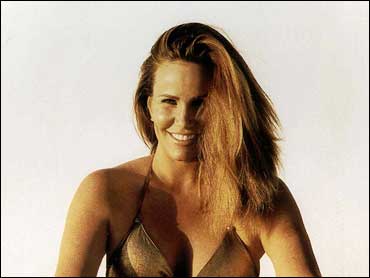 Tawny Kitaen has been charged with felony drug possession after sheriff's deputies said they found cocaine in her apartment.

The 45-year-old actress, who co-starred in the 1984 comedy "Bachelor Party," is scheduled to be arraigned Dec. 18 at Harbor Justice Center in Laguna Niguel, said Susan Kang Schroeder, a spokeswoman for the Orange County district attorney's office.

If convicted, sentences could range from a drug diversion program to up to three years in prison, Schroeder said Tuesday.

Deputies responding to a request for a welfare check in May found 15 grams of cocaine in Kitaen's San Juan Capistrano apartment, authorities said. They said her two children were home at the time, and Kitaen had given deputies permission for the search.

In 2002, Kitaen was arrested on charges she abused her then-husband, former Angels pitcher Chuck Finley. Finley was playing for the Cleveland Indians at that time.

She agreed to anger management and conflict resolution counseling in exchange for the dismissal of two misdemeanor counts of spousal abuse.

Kitaen, who was once married to Whitesnake lead singer David Coverdale, appeared in some of the band's music videos. The most memorable was 1987's "Here I Go Again" in which the scantily-clad actress writhed on top of the hood of a Jaguar.