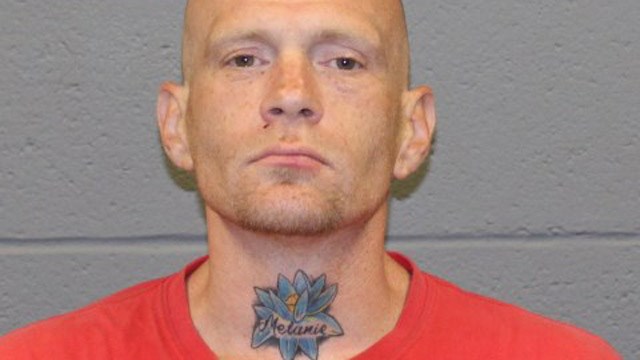 WATERBURY, Conn. -- A Connecticut man has been charged in the killing of his girlfriend, whose body was found in a closet in the couple's apartment, police say. In a booking photo, the suspect is pictured with the victim's apparent name tattooed on his throat.

Police were called to the multi-family home around 5 p.m. Sunday, where responding officers located the body of 40-year-old Melanie Heuberger hidden in a bedroom closet in the unit. CBS affiliate WFSB reports they were responding to a report of a foul odor.

Police say a preliminary investigation indicates that Heuberger's boyfriend, 38-year-old Adam Plaeger, strangled Heuberger after they had an argument.

Plaeger was arrested and charged with murder. He's being held in police custody on a $1 million bond.

He is pictured in his mugshot with a tattoo on his neck that reads, "Melanie."

It's unclear whether Plaeger has retained a lawyer who could comment.