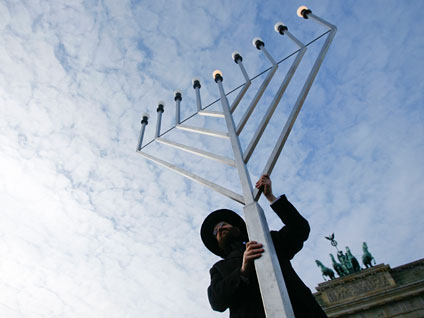 The Carolinas and New England will not only be represented by their football teams this weekend. Chefs from the Super Bowl competitors' home cities have also gone to Houston to deliver some regional flavor.

Restaurants from each city will be part of a Saturday night "Taste of the NFL" event, which was organized to raise money for hunger relief.

Chef Paul O'Connell, from Boston's Chez Henri, and chef Tobin McAfee, from Sir Edmund Haley's in Charlotte, N.C., shared some of their signature dishes with The Early Show.

Super Bowl XXXVIII marks the 13th anniversary of the Taste of the NFL. The event began at the 1992 Super Bowl in Minneapolis and has since raised over $4.2 million. McAfee has been with Taste of the NFL since its inception. It is O'Connell's first appearance as an owner (he worked for another chef during the event's first year).

The majority of net proceeds will be distributed to key affiliates of Second Harvest, with special emphasis this year placed on the Houston Food Bank and End Hunger Network of Houston, as well as affiliates located in all of the cities that have NFL teams. The balance of net proceeds will be distributed to the Food Research and Action Center and, new this year, America's Second Harvest Community Kitchens program.

Preheat the oven to 350 degrees F. Melt the chocolate in a double boiler.

In a mixing bowl, lightly whip the heavy cream with a wire whip until peaks just form.

Fold the heavy cream into the chocolate. Then, fold the next five ingredients into the chocolate in the order listed and stir until smooth. Lightly grease four 3 x 2-inch round cake pans and sprinkle a little sugar in them. Spoon the batter evenly into the pans
and then place them in a water bath. Bake for 30-45 minutes, until a toothpick comes out clean.

To Serve: Run a knife along the sides of the pans to loosen the cakes. Place 1 cake on each dessert plate and garnish with fresh berries and whipped cream.

Rinse the smoked cod in water for one hour. Pick through the lobster meat and cut into 1/2-inch pieces.
Place the butter in a large casserole over medium heat. Add the onions, leeks, herbs and potatoes and cook until the onions are soft and sweet stirring occasionally so as to not let anything brown.

Add the white wine and heavy cream and bring to a boil for 2 to 3 minutes. Add the fish fume and the smoked cod and simmer until the cod is tender. Add the lobster and season with salt and pepper. Ladle into bowls and garnish with chopped parsley and the chile-lime butter.