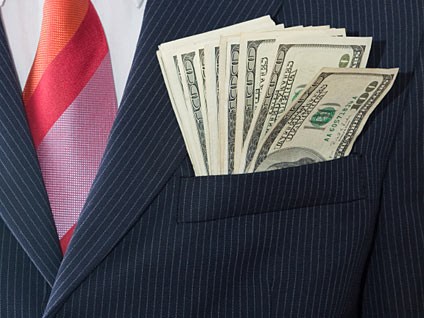 The man who once served as Saddam Hussein's leading lieutenant has appealed to the United States to extend its presence in Iraq, saying that President Barack Obama is abandoning the country, according to a British newspaper interview published Friday.

Tariq Aziz, whose long tenure as Saddam's foreign minister made him the international face of the Iraqi dictator's regime, was quoted by The Guardian newspaper as saying his hopes about Obama had been dashed.

"I thought he was going to correct some of the mistakes of Bush," the paper quoted Aziz as saying from his jail cell in north Baghdad. "But Obama is a hypocrite. He cannot leave us like this. He is leaving Iraq to the wolves."

The Guardian said Aziz slammed the planned withdrawal of U.S. forces from the country, saying that both America and the United Kingdom had left the country a wreck and they had an obligation to make sure Iraq was back on its feet before exiting.

"We are all victims of America and Britain," Aziz said, according to the paper. "They killed our country in many ways. When you make a mistake you need to correct a mistake, not leave Iraq to its death."

Aziz, who was handed over to Iraqi authorities by the United States several months ago, refused to condemn his former boss, who was executed in December 2006.

"If I speak now about regrets, people will view me as an opportunist," he told the paper.

Aziz has already been sentenced to 15 years in prison for crimes against humanity, and is accused of being part of a campaign targeting members of Iraq's Dawa Party, of which Prime Minister Nouri al-Maliki is a member. The 64-year-old, who has suffered several strokes, appeared frail at a court appearance last month. The Guardian's piece offered no assessment of Aziz's condition, but said that his prison was "clean and well-managed."

In the interview, Aziz offered a defense of his time as Saddam's deputy - and insight into the origins of the 2003 Iraq War.

Saddam preferred to keep the world guessing about Iraq's weapons of mass destruction, Aziz said. But he explained that it was more about maintaining Iraq's regional standing than pushing the country into conflict with the U.S. and Britain.

"Partially it was about Iran," Aziz was quoted as saying. "They had waged war on us for eight years, so we Iraqis had a right to deter them. Saddam was a proud man. He had to defend the dignity of Iraq. He had to show that he was neither wrong nor weak.

"Now Iran is building a weapons program. Everybody knows it and nobody is doing anything. Why?"