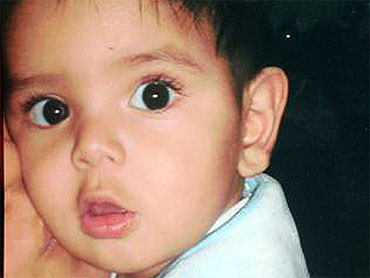 A U.S. air strike near the Syrian border killed more than 40 people, Iraqi officials said, and while the U.S. military said the target was a suspected safehouse for foreign fighters from Syria, Iraqis said a helicopter had attacked a wedding party.

Meanwhile, in Baghdad, U.S. soldiers and Iraqi police surrounded the residence of Iraqi politician Ahmad Chalabi on Thursday, and an aide said the troops raided the house ostensibly to search for fugitives.

The aide, Haidar Musawi, accused the Americans of trying to pressure Chalabi, a longtime Pentagon favorite who has become openly critical of U.S. plans for how much power to transfer to the Iraqis on June 30.

"The aim is to put political pressure," Musawi told The Associated Press. "Why is this happening at a time when the government is being formed?"

There was no comment from the U.S. military press office. Police sealed off the residence in the city's fashionable Mansour district and would not allow reporters to approach. At least two Humvees could be seen, with a dozen U.S. troops milling about.