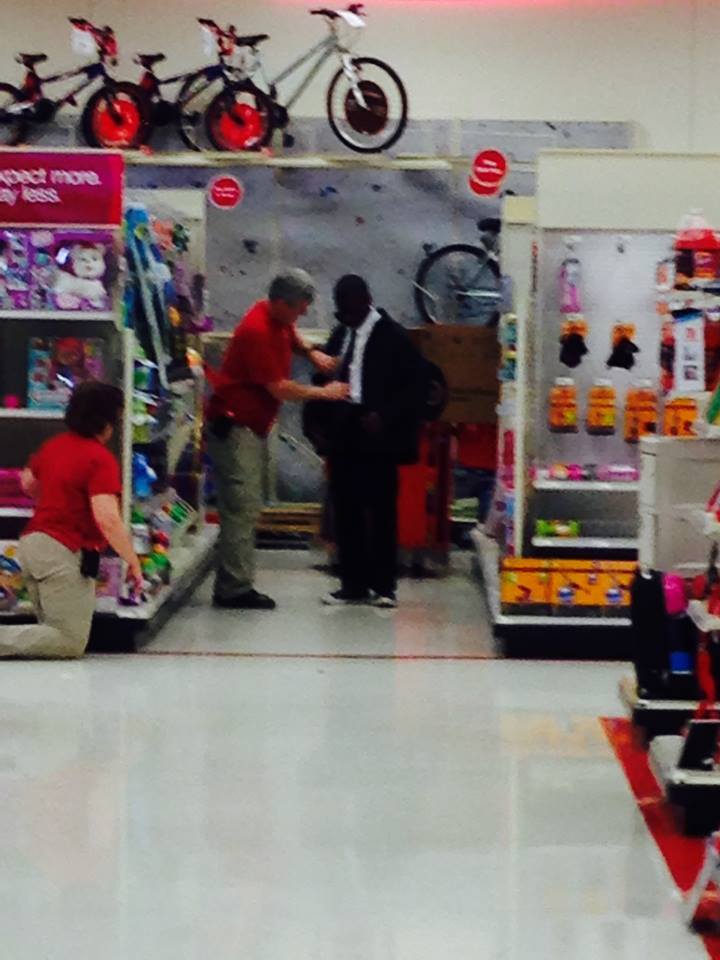 If you can't tie a tie, maybe you should find a Target guy.

That's what one young job seeker who walked into a Raleigh, North Carolina Target store did this week.

The teen, who was searching for a clip-on tie before his first job interview, was disappointed to find out the store didn't have any.

But instead of sending him on his way, Target employee Dennis Roberts picked out a tie from a rack, brought it to the teen and taught him how to tie it.

A shopper who witnessed the simple act of kindness found the sight so heartwarming, she had to share it.

Audrey Mark posted a photo she took of the pair inside the store and posted it, along with the background story, on Target's Facebook page to thank the "awesome" employee who helped the teen out.

Aside from helping the boy with a tie and telling him to tuck in his shirt, Roberts and fellow Target employee Cathy Scott offered some job interview advice.

Mark said they showed him how to give a proper handshake and even tackled a few tough interview questions.

"Our team members love going above and beyond every day for our guests," Target public relations spokeswoman Kristen Emmons told CBS News.

As if the story couldn't be any more heartwarming, the job seeker received dozens of cheers and good luck wishes as he exited the store.

Hundreds of touched Facebook users also wished the boy luck on his interview, which apparently took place at a Chik fil A nearby.

"Hope he got the job," one user wrote.

"I certainly hope you got the job you sought, but you deserve so much more," another wrote.

Whether the teen lands the job or not, at least he'll be better prepared for the future.

"We're rooting for him in his interviews," Emmons said. "And by the way, we love his tie."