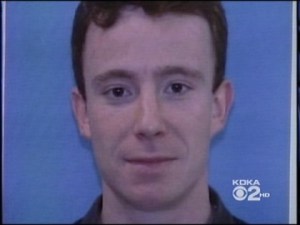 (CBS/AP) GREENSBURG, Pa. - A "peeping Tom" who secretly taped 54 women and girls undressing in a Pennsylvania tanning salon while he hid in the ceiling will have a very different point of view for the next 7 to 20 years - that's how long he'll be in prison.

Twenty-nine-year-old Jesse Macklin was sentenced Friday, a little more than two months after he pleaded guilty to more than 200 counts including burglary, invasion of privacy and trespassing.

Macklin was charged in March over the tapings at Sunkissed Tanning and Spa in East Huntingdon Township, Westmoreland County.

Investigators say Macklin recorded his victims through a hole in the tanning salon's drop ceiling after getting inside through a vacant property next door.

Police say they first heard of the tapings when a girl reported that a video of her undressing was circulated around her high school.

In case you're not already worried about tanning salons.