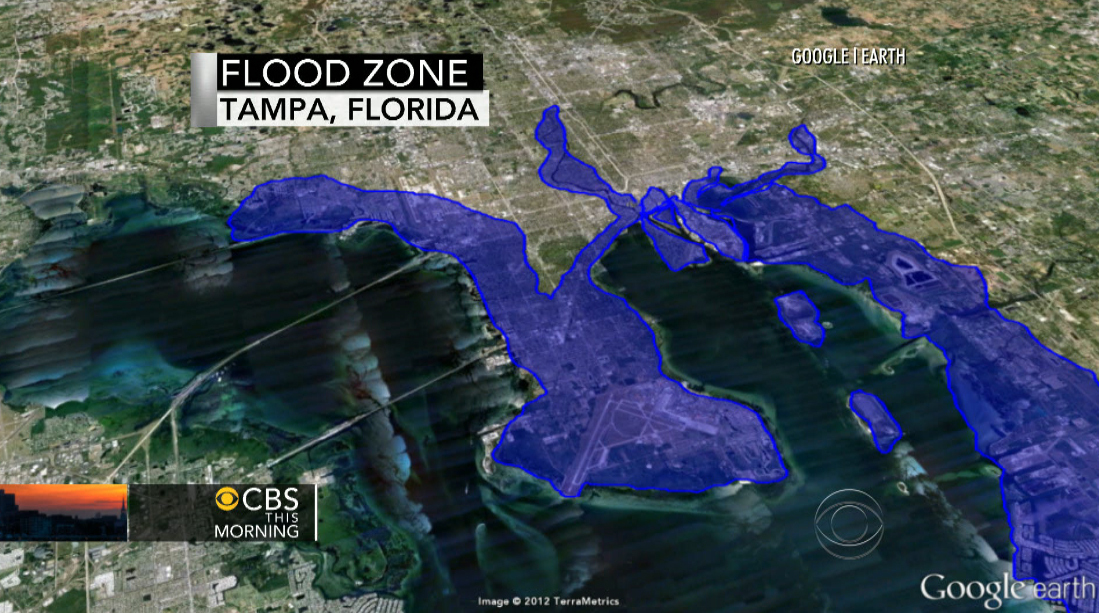 (CBS News) Tropical Storm Isaac may be barreling through the Caribbean, but with its track heading west, Republicans say they're confident it won't crash their party.

"I am a betting person and I bet there's a less than a 10 percent chance it hits Tampa hard," said Steve Duprey of the Republican National Committee. "I'll take those odds. I think we're going to be fine."

Isaac may steer clear of Tampa after all

As more than 50,000 people head to Tampa, Fla. for the Republican National Convention, state and city officials say they are more than ready, knowing one could strike during the convention.

The last time a hurricane directly hit Tampa was in 1921, but its impact could still be felt, even without a direct hit. Back in June, Tropical Storm Debby flooded roadways and knocked out power to thousands.

Tampa, with water to its south and west, is prone to storm surge.

"If it's just a wind or a rain event, it's not a big deal," said Tampa's Mayor Bob Buckhorn. "What you really worry about here is tidal surge and that's where you get the loss of property and potential loss of life."

South Carolina Republican Cindy Costa said there could be one upside to the stormy weather. "We might have some rain next week and hopefully it will keep mean protesters away," Costa laughed. "That would be a good thing."