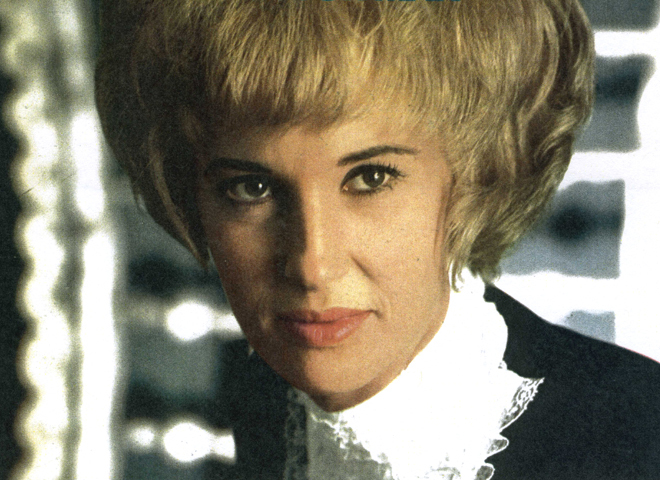 Country singers, blues and jazz artists, TV detectives, stand-up comics and humpback whales are just some of the legends whose recordings have been tagged for preservation by the Library of Congress.

On Tuesday the Library announced 25 new additions to the National Recording Registry, a collection of recorded sounds, music, documentaries and radio broadcasts that captures the cultural history of America and the technical advancements in audio recording.

The preservation of these recordings is especially important, given the impermanence of most recording media, from wax cylinders and lacquer discs to tape and digital software programs - and, in an extreme case, glass plates.

"Songs, words and the natural sounds of the world that we live in have been captured on one of the most perishable of all of our art media," said Librarian of Congress James Billington. "The salient question is not whether we should preserve these artifacts, but how best collectively to save this indispensable part of our history."

Among the popular tunes that were selected: "Take Me Out to the Ballgame," in an early Edison recording; "Tumbling Tumbleweeds" by the Sons of the Pioneers; Tammy Wynette's 1968 hit, "Stand By Your Man"; "It's the Girl" by the Boswell Sisters and the Dorsey Brothers Orchestra; and notable performances by Nat "King" Cole, Les Paul, Lydia Mendoza, Blind Willie Johnson, John Fahey, Steely Dan, Al Green, and De La Soul.

Jazz was recognized in Voice of America radio broadcasts by legendary producer Willis Conover; and the first Jazz at the Philharmonic concert, in 1944.

The Library also cited a "lost" language, with a 1915 recording made of Ishi, the last surviving member of the Northern California Yahi Indian tribe.

Bootlegs also made the list - an unauthorized recording of a 1955 Mort Sahl concert is considered the first recording of modern stand-up comedy.

Other spoken word recordings include a 1953 sermon by Detroit preacher Reverend C. L. Franklin; and instructional tapes produced by GOPAC to assist conservative campaign operatives in their messaging and media presentations.

"Spoken word" may not be the way to categorize the 1970 album "Songs of the Humpback Whale." But the truth is, we don't know what they're saying!

Recordings named to the Registry must be at least 10 years old to be eligible.

That was not a problem for Edouard-Leon Scott de Martinville "phonautograms," the oldest entry on the Registry - and the earliest known audio recordings, dating from late 1853 or early 1854.

Scott captured these sounds with a boar's-bristle stylus etching vibrations onto a blackened glass plate, mimicking the sounds of a guitar and a human voice. Later phonautograms were made on paper wrapped around a drum. The etchings were not meant to be listened to - Scott was interested in studying visible acoustics - but in 2008 researchers from the First Sounds group developed the means to "play back" Scott's etchings for the first time - hearing sounds made before the Civil War.

The Library will preserve the best existing versions of each recording, which will join the nearly 3 million sound recordings in the Library's Motion Picture, Broadcasting and Recorded Sound Division's collections, and be placed in a state-of-the-art facility at the Packard Campus for Audio Visual Conservation in Culpeper, Va.

2010 additions to the National Recording Registry