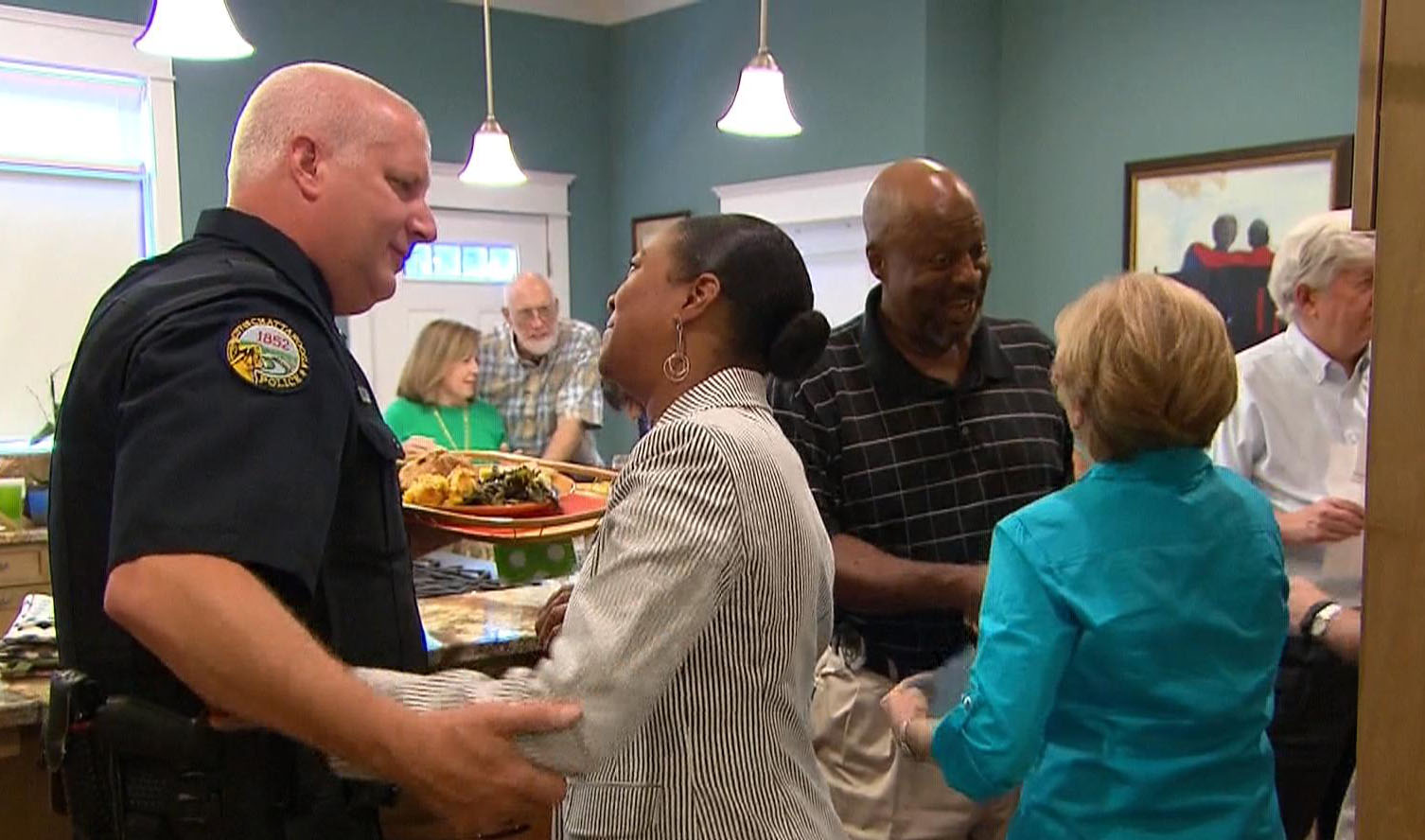 CHATTANOOGA, Tenn. -- A new CBS News-New York Times poll finds most Americans believe race relations in this country are bad. More than half of whites think so, and more than two-thirds of blacks.

Even more troubling, 40 percent of blacks and whites believe race relations are getting worse.

One possible reason: The poll found big majorities -- 60 percent of whites and 71 percent of blacks -- believe most Americans are uncomfortable discussing race with someone of another race.

But one group is helping blacks and whites break down the racial wall by breaking bread together.

It starts out like any dinner party. But then, a difficult conversation begins.

"Blacks don't trust white people by and large," said Linda, a black woman. "And whether you think it's based on history is irrelevant."

"I didn't have black friends," Curtis, a white man, said. "A couple of acquaintances, but never had them in our home, never in their home."

They call themselves Chattanooga Connected: A group of blacks and whites who meet once a month to have dinner and talk openly about race.

They were brought together by 75-year-old Franklin McCallie, a son of privilege whose family name is seen everywhere in town. He said he was raised to believe in the South's segregationist order.

"I've used the N-word and I told some N-jokes," McCallie says. "They were 'less.' They lived in less homes, they got off the street, they said 'sir' to me as a young man."

But in college, a conversation with a black student from a nearby African-American school changed everything.

"He said, 'You know where we eat lunch? My uncles and I, who fought in World War II for freedom and justice and the pursuit of happiness?'" McCallie recalls, becoming emotional. "'We get on a bus and ride two miles out of town to eat lunch 'cause none of the stores we shop in will let us eat.'"

Curtis Baggett said the conversations around the dinner table can get uncomfortable - but that that's a good thing.

"I think it's liberating," Baggett says. "It was so freeing for the first time in my life to have a black man tell me what it really felt like to be walking around a grocery store, a mini-mart, and have the owner of the mini-mart follow him up and down the aisles because he didn't trust him. I've never thought of that before."

McCallie acknowledges that the dinner parties aren't likely to end racism in America - but they're a start.

"If it all stops at this house, it wouldn't do that much more," McCallie says. "It's got to go other places."

People finally seeing each other, by talking face-to-face.