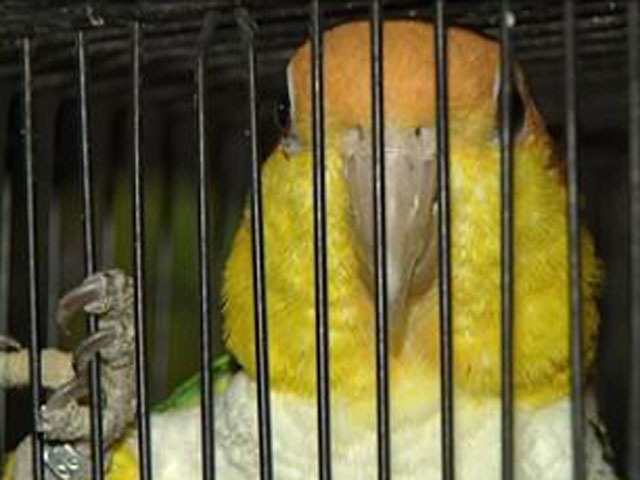 (CBS/WTSP) The victims of an alleged Monday morning home invasion are crediting some feathered friends with scaring away the robbers, according to police in Palmetto, Fla.

CBS affiliate WTSP reports that Minerva Bernache was at home with her 4-year-old grandson Dillon, when she heard a noise at the door.

As she rushed to call for help, the men suddenly ran away, and now the family believes their pet parrots scared the suspected crooks away.

The bilingual birds, some which imitate both English and Spanish words say hello, and even ask for money. They begin to chatter whenever people are around. One of the birds makes a shrieking sound, and that also may have scared the two suspects.

Manatee County Sheriff's deputies arrived in the neighborhood and spotted two men running from their vehicle. Devin Shannon, 20, was taken into custody charged with Burglary. A second man, 22-year-old Keith Anderson is listed as a suspect, but could not be identified by witnesses.

The family considers their pet birds heroes for scaring off the intruders and plans to reward them with peanuts, one of their favorite treats.