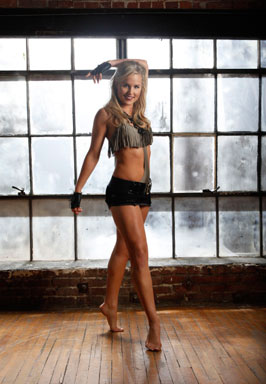 Researchers have developed the first drug that can protect the 1.5 million Americans who are allergic to peanuts — the leading cause of all allergy deaths.

The monthly shots are not a cure. But doctors believe the still-experimental drug should let people avoid severe complications if they unknowingly eat one or two peanuts, the typical accidental exposure.

"We found that the best dose allowed patients to tolerate 9 peanuts at the end of the trial and on average they were only able to tolerate half a peanut at the beginning of the trial," Dr. Donald Leung, who tested 84 patients, told CBS News Correspondent Elizabeth Kaledin.

"Basically, we would not be seeing people in the emergency room or the morgue from peanut accidents," said Dr. S. Allan Bock, an allergist from Boulder, Colo., who was not part of the study.

The study was paid for by one of the drug's developers, Tanox Inc., and by grants from the Peanut Board, the Peanut Foundation and the National Institutes of Health.

The drug is still a few years away from going on the market. Its critical third round of tests has been stalled by legal infighting among the three companies with rights to it.

And Dr. Hugh A. Sampson of Mount Sinai Medical School in New York said patients would need lifelong monthly shots of the drug, called TNX-901. They would still would have to guard against eating peanuts.

Peanut allergies account for 50 to 100 deaths in the United States each year. Some youngsters must eat at a peanut-free cafeteria table or even in an isolated room. Some airlines have stopped serving peanuts to safeguard people allergic to even a whiff of the nut.

As Kaledin reports, Anya McMullen has lived in fear of peanuts since her first bad reaction at age ten.

"When it happens to me I get really scared and freaked out," says McMullen.

Shots of TNX-901 have taken the fear out of her life.

"So I can be around with my friends because a lot of kids like to have peanut butter and jelly," she says.

Peanut allergies have been rising in recent decades. No one is sure why, but a new study found that baby creams or lotions containing peanut oil may lead to peanut allergies.

Babies whose rashes or eczema were soothed by such creams were more likely to become allergic to peanuts than those whose creams did not include peanut oil, said Dr. Gideon Lack of St. Mary's Hospital at Imperial College in London.

Lack's study — and research on the effectiveness of the allergy drug — were presented Monday in Denver to the American Academy of Allergy, Asthma and Immunology. They will be published Thursday in the New England Journal of Medicine, which released them Monday on its Web site.

The peanut allergy drug is designed to catch hold of immunoglobulin-E, or IgE, a molecule that plays a major part in asthma and allergies.

In a study, 84 people with immediate allergic reactions to peanuts got monthly shots of either a placebo or TNX-901 for four months. There were three different doses of TNX-901; neither doctors nor patients knew who got what.

Those on the highest dose could handle an average of almost nine peanuts' worth of peanut flour at the end, compared with about a half-peanut at the start. And five of them ate the equivalent of 24 peanuts without reacting.

The drug also protected people from the even tinier amounts of peanuts that can be present in the air. In addition, several participants reported that other food allergies were lessened, and hay fever symptoms disappeared.

The drug is likely to be expensive, but none of the companies involved would say what it may cost.

For 15-year-old Allison Rush, a study participant with a potentially lethal allergy to peanuts, the drug means she will no longer have to be hypervigilant about avoiding even the tiniest bit of peanut contamination.

Before her first treatment, the equivalent of one-60th of a peanut made her throat start closing up, her skin break out in hives, her face swell, and her blood pressure drop, said her mother, Bonnie Rush. After four monthly injections, it took the equivalent of six peanuts to bring on such an anaphylactic attack.

"I really can't imagine life for my daughter without this drug," Bonnie Rush said. "It's completely changed her quality of life, her outlook on life."

TNX-901 is on the fast track for federal approval, but a fight among Genentech, Tanox and Novartis Pharmaceuticals has held up the next round of tests. Even if those tests start, it would probably take three to four years before the Food and Drug Administration approved the drug, Sampson said.

Jacqui Corba, 13, was not in this round of tests but had been scheduled for the third set. She had to go to the emergency room once for a reaction apparently set off when another student opened a bag of peanuts two tables away from her peanut-free table in the cafeteria.

"I would love to be relaxed for once," she said.

Sampson said the study on the role of products with peanut oil was very interesting, but the Food Allergy and Anaphylaxis Network, of which he is medical director, has not been able to find U.S.-made baby products including peanut oil. Merchants on the Internet market at least three, made in other countries and described as gentle and natural.

Lack noted that the amount of peanut protein in such oils would be "absolutely minute" — one part protein per thousand-million or even million-million parts of oil. "But that may be potentially enough to switch on the immune system," he said.