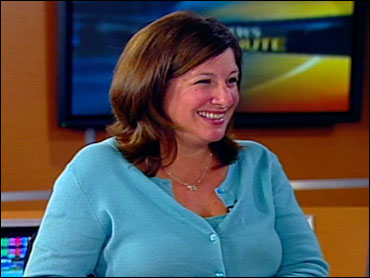 Recent medical technology, such as hormone therapy and in vitro fertilization, has made it possible for couples to have children when they never thought it was possible.

With that technology, however, comes risks. One risk is that women who undergo fertility treatments have a higher liklihood of carrying multiples - twins, triplets or more. That can leave even the most even keeled parent under a lot of stress. Lisa Madden, mother of triplets and Co-Founder of Staying Sane, a company to help moms and dads of multiples, has some tips for new parents that were recently featured in "American Baby".

Early on, Madden felt she was prepared for a multiple pregnancy because she had worked as a nurse in the maternity ward of a hospital. She openly admits that after the babies came home, she wasn't as ready as she had thought. "I would have gotten help before they came home. I would have had help lined up and had a better system," says Madden.

Madden says one of the key points to taking care of multiples is organization. She suggests buying a large white erase board at an office supply store and hanging it in a visible place in the home. Make a column for each baby and write their feeding times, number of diapers and any medications that they're taking. "Anyone coming in can jump in [and help]," says Madden. This helps to keep mom and dad on track too. You can easily lose track of who's done what feeding if it's not written down.

Madden also suggests circuit training to stay on track. Instead of buying three swings, three play mats and three bouncy seats, just buy one of each. "Do it like you would at a little gym... so that they have something going on all the time while they're awake," says Madden.

Also, make a peace pact with your spouse. Late night feedings, diaper changes and screaming infants can really kill the romance in a relationship, leaving mom and dad snippy and sleep-deprived. Madden and her husband made an agreement saying, "Anything [said] in the middle of the night was not to be taken to heart," she says. It saved their sanity - and their relationship.

Madden also says moms and dads of multiples should find drive-thrus whenever possible. The hassle of taking two or more kids out of a carseat and getting them into the stroller can be too much to handle; instead, pick up your prescriptions, dry cleaning, even the occasional dinner at the drive thru. "I felt like I got a little piece of my independence back," says Madden.

For more tips on raising multiples, as well as additional parenting advice, click here to visit www.AmericanBaby.com.
By Erin Petrun