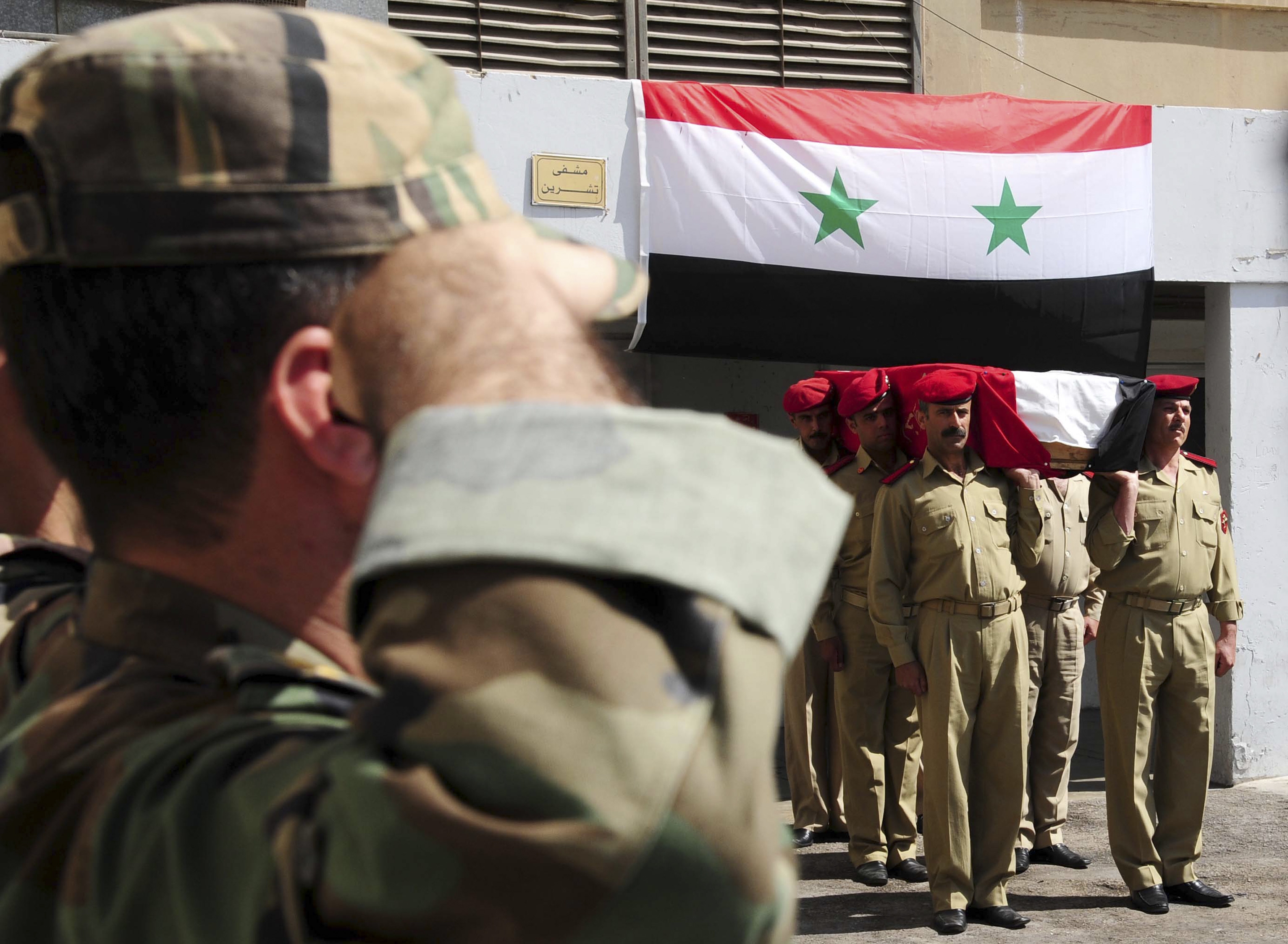 BEIRUT - Syrian troops backed by tanks stormed a town Sunday near the border with Lebanon as security forces rounded up more than 500 people, including a leading dissident, across the country over the past two days, activists said.

The military operation came as opposition figures called for a united front to bring down President Bashar Assad, whose family has ruled Syria for more than 40 years. A four-month-old uprising is posing the most serious challenge to the Assad dynasty.

Syria-based human rights activist Mustafa Osso said government forces entered the town of Zabadani, some 25 miles northwest of Damascus, early Sunday. The town has seen a string of protests calling for Assad's downfall since the uprising began in mid-March.

Osso said authorities have detained more than 500 people since Friday, when hundreds of thousands of Syrians turned out for the largest protests since the revolt began.

The Local Coordinating Committees, which help organize and track the protests, confirmed the Zabadani raid and said some 2,000 military and security forces stormed in after cutting the town's telephone services, Internet connections and electricity.

Also Sunday, authorities detained leading opposition figure Ali Abdullah after a raid on his home in the Damascus suburb of Qatana, his son Mohammad said. Abdullah, 61, had spent four years in jail but was released May 30 when Assad issued pardons to pacify the protesters.

Activists say the government's crackdown has killed some 1,600 people since March, most of them unarmed protesters. But the regime disputes the toll and blames a foreign conspiracy for the unrest, saying religious extremists - not true reform-seekers - are behind it.

On Saturday, hundreds of opposition members met in neighboring Turkey to form a unified movement that can offer a realistic alternative to Assad, whose supporters argue that he is the only force who can guarantee stability in a region bedeviled by civil wars and religious strife.

Although Assad's regime is shaken, he still draws from a significant well of support from the middle classes, business community and religious minorities.

Still, the uprising appears to be gaining momentum.

Two activists reported that dozens of soldiers defected and joined protesters in al-Boukamal, near the border with Iraq, late Saturday, shouting "the people and the army are the same!"

Osso and Omar Idilbi, a spokesman for the Local Coordination Committees, both cited witnesses on the ground to back up the defection reports. The government has banned most foreign media and restricted local coverage, making it nearly impossible to confirm witness reports independently.

But a video posted on YouTube purportedly from al-Boukamal showed scores of people marching and standing on two army tanks and one armored personnel carrier. No soldiers appeared in the video but the residents were chanting "the people and the army, one hand!"

There have been previous reports of army defections, although it is difficult to gauge how widespread they are. Assad, and his father before him, stacked key military posts with members of their minority Alawite sect, ensuring the loyalty of the armed forces by melding the fate of the army and the regime. The army has a clear interest in protecting the regime because they fear revenge attacks and persecution should the country's Sunni majority gain the upper hand.

Assad is counting on this unwavering loyalty now that Syrians are joining the protest movement in growing numbers and from a broader cross-section of society.