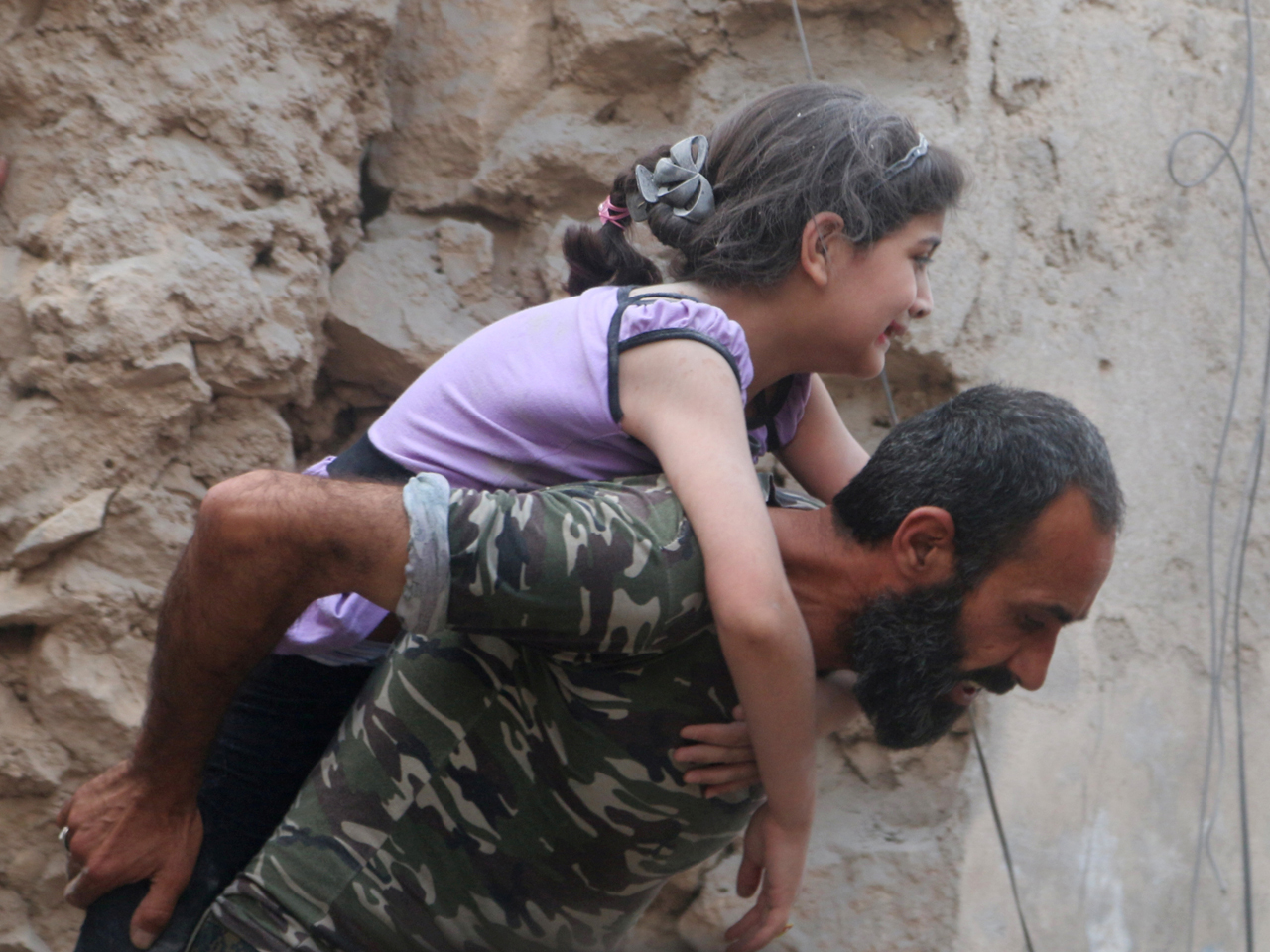 BEIRUT - Syria's military said Saturday it would extend its own cease-fire for three days, even as pro-government forces advanced against rebels in the north.

The military had declared a nationwide cease-fire for the Eid al-Fitr holiday July 6, expiring July 8 at midnight, but it had little impact on the ground, as pro-government forces choked off the last supply route to opposition areas in the contested city of Aleppo on Thursday.

Rebels responded with a rocket barrage on residential areas in the government side of the city Friday night, killing 44, state media said. The Britain-based Syrian Observatory for Human Rights put the toll at 38 dead, among them 14 children and 13 women. The Observatory said another nine people, including eight women and children, were killed in presumed Russian or Syrian government airstrikes and rocket attacks on the opposition-held side of the city.

U.N. deputy spokesman Farhan Haq said in New York on Friday that the Office for the Coordination of Humanitarian Affairs is "extremely concerned at the unfolding situation in Aleppo, Syria, particularly the situation for the estimated 300,000 people trapped in the eastern part."

Haq noted the heavy clashes along Castello road, the only route to the rebel-held part of Aleppo.

Elsewhere in Syria, airstrikes on the village of Darkoush in the rebel-held northwestern province of Idlib on Friday killed 23 people, including two children, according to the Observatory. It was not clear whether Syrian or Russian warplanes were responsible.

The now-extended cease-fire is set to expire at midnight on July 12.

State media acknowledged the fighting outside Aleppo, saying troops were targeting "terrorists," the government's catch-all term for the armed opposition. It said the army had seized several buildings on the outskirts of the city.

In Damascus, a five-member delegation from the European Parliament met with the government's newly elected Speaker of Parliament, Hadiyeh Abbas. MEP Javier Couso, who headed the delegation, called on Europe to lift its sanctions on Syria. The Syrian government has been largely blackballed by Western governments. Couso, who is the vice-chair of the Committee on Foreign Affairs in the European Parliament, accused Europe and the U.S. of "arrogance."