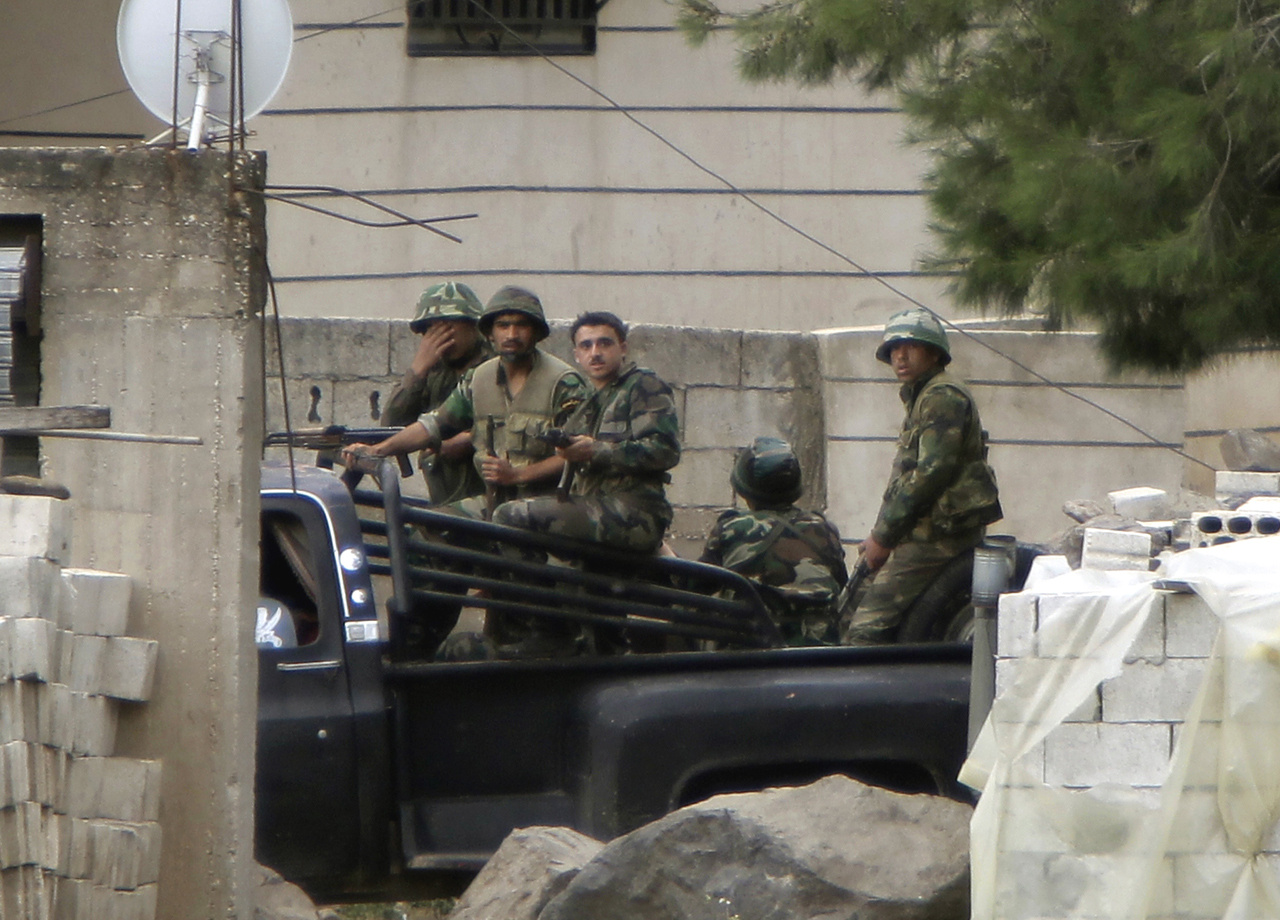 BEIRUT - Syrian security forces opened fire on protests around the country Friday in the latest sign the conflict could be moving toward a long and bloody stalemate as President Bashar Assad shrugged off tighter sanctions and U.S. calls to step aside. Human rights activists said at least 27 people were killed, including a 10-year-old boy.

The clashes indicate neither side appears able to tip the scales in the two-month uprising. Assad's forces have waged a relentless crackdown on the opposition, but protesters continue to face down security forces with marches seeking to break the Syrian leader's authoritarian rule.

Human rights groups say more than 850 people have been killed in the clashes and clampdowns.

Witnesses reported protests Friday in the central cities of Homs and Hama; outside the capital of Damascus, and the Mediterranean ports of Banias and Latakia.

Like most witnesses contacted by The Associated Press, the residents asked that their names not be used in fear of reprisals from the government.

Last week, mass arrests and heavy security kept crowds below previous levels seen during the uprising, suggesting Assad's sweeping campaign of intimidation was working. But the marches Friday suggested that opposition forces could be trying to regroup.

Rami Abdul-Rahman, director of the Syrian Observatory for Human Rights, said Friday's protests were more widespread and larger than the previous week.

"There were large numbers from the south to the north to the suburbs, and there were protests in besieged cities and towns," he said. "Despite the heavy security and military presence in almost all these places, people staged protests calling for freedom. This is very significant."

Syrian human rights activist Mustafa Osso said witnesses also were reporting that the army deployed tanks around the northern town of Maaret al-Numan, which has seen intense protests. The Local Coordination Committees in Syria, which help organize the protests, said dozens of people were wounded in the town and hospitals were calling for blood donations.

Friday's death toll was reported by the Syrian Observatory for Human Rights. The group said 10 were killed in Homs, 11 in Maaret al-Numan, one in Latakia, two in the northeastern town of Deir el-Zour, one each in the southern villages of Sanamein and Harra and one in the Damascus suburb of Daraya.

A 10-year-old boy was among the dead in Homs, Osso said.

Syria is coming under increasing pressure to end the crackdown, but the government has brushed off the criticism and new U.S. sanctions that have targeted Assad and senior aides.

In an address Thursday on the Arab world uprising, U.S. President Barack Obama said that Assad should lead his country to democracy or "get out of the way."

Mr. Obama's comments were his most direct warning to President Assad.

"Obama's speech confirms the reality of American intervention in the internal affairs of the region's countries, including Syria," the statement said.

Also Friday, leading Sunni Muslim cleric Sheik Karim Rajeh, the imam of Damascus's Al-Hassan mosque, said he will no longer lead Friday sermons because security forces have been preventing people from going to prayers. The weekly demonstrations mostly kick off after prayers.